By an overwhelming margin, the Episcopal Diocese of South Carolina votes to withdraw from the councils of The Episcopal Church 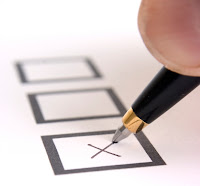 The break-up of The Episcopal Church continues, bit by bit. By an overwhelming margin today, the Episcopal Diocese of South Carolina voted to:

"... authorize the Bishop and Standing Committee to begin withdrawing from all bodies of the Episcopal Church that have assented to actions contrary to Holy Scripture, the doctrine, discipline and worship of Christ as this Church has received them, the resolutions of the Lambeth Conference which have expressed the mind of the Communion, the Book of Common Prayer and our Constitution and Canons, until such bodies show a willingness to repent of such actions ...

Canon Theologian for the Diocese, the Rev'd Canon Kendall Harmon reported to ENS that in a vote by orders, clergy approved 87-17 with one abstention a second resolution authorizing the bishop and standing committee to begin withdrawing from all bodies of the Episcopal Church, while in the lay order, votes were tallied according to delegations of parishes and missions, Harmon said. Parishes voted 39 to 8 in favor of the resolution; 13 out of 16 mission delegations approved it.

Take the time to listen to Bishop Lawrence's address here:

Here is an excerpt from Bishop Lawrence's address: 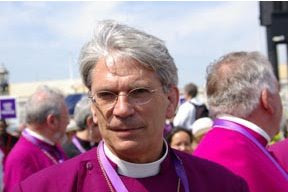 Surely most of you know that I believe the foundations of The Episcopal Church and this Anglican way of being a Christian are being bit by bit destroyed. This is hardly the time for me yo state again the argument that I put before the Clergy of the Diocese in my address on August 13th. Whether I was sufficiently clear in my exposition of the problems, or whether my words were fully understood, I believe their main thrust through congregational forums, clericus and deanery meetings should at least by now be broadly understood. Put simply it is a false understanding of the Christian faith that has spread abroad in our Church; a wrong understanding founded upon human speculation rather than divine revelation.

This false teaching, that I have called the Gospel of Indiscriminate Inclusivity, has challenged the doctrine of The Trinity, the Uniqueness and Universality of Christ, the Authority of Scripture, our understanding of Baptism, and now, that last refuge of order, our Constitution & Canons. Like an invasive vine, like kudzu in an old growth forest, it has decked The Episcopal Church with decorative destruction. It has invaded and now is systematically dismantling the undamental teachings of our Church and our Christian heritage. This has happened through the concerted actions of a few and the passivity of a multitude of churchmen and women—bishops, priests and laypersons.

And I might say it has happened, ironically, because of the faithfulness of many to the tasks that were set before them and giving too little time to resist the maneuvers a foot in the Church. I count myself for many years among them. For most of my ministry I have been plowing the field before me. If I tell my own story here it is because I believe it is the story of many. I was always working to grow the congregations to which God had called me. I knew I did not like the direction the “national” church was headed. But I did not get overly involved in these problems. I did my work in the parish—whether I was a vicar or a rector. There was always more work to do than time in the day. Baptisms to prepare people for, confirmands to teach, marriages to perform, the faithful, and nominally churched members to bury, the unchurched and lost to win. There were Bible studies to teach, sermons to prepare, services to lead, visitations, pastoral counseling, Stewardship Committees, ECW retreats, etc…. I and those with whom I served were busy growing the Church. Then there were diocesan responsibilities—COM, BOEC to chair, Standing Committee, years as a rural dean. Community involvements— Salvation Army Board, Hospital Ethics committee, and other local needs begging for leadership.

Certainly I dealt with the challenges of the culture and the larger Church whenever it was in my purview whether parish or diocesan responsibility. All the time, however, I knew that TEC was moving inexorably in what seemed an increasingly unbiblical direction. I knew there were those who were fighting the battle—Bishops like Bishop Allison, Bishop Salmon, and Bishop Hathaway—fighting the good fight. In those days those resisting the dismantling of the foundations were substantial but I fear not bold enough. When some were taking radical actions, disregarding the creeds and the canons, the defenders of orthodoxy were gentleman still fighting according to Marques of Queensbury rules. Those pushing the agenda were more like street-fighters. 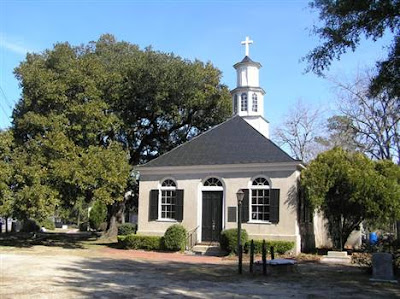 Here are the "Resolves" from the four resolutions that were passed today:

Resolved, that the Diocese of South Carolina reaffirms its commitment to live its corporate life under the authority of Holy Scripture (Articles of Religion, Art. VI and XX) and the unique Lordship of Jesus Christ (Art. XVIII) and commits to exercising all such actions as the Bishop and Standing Committee may believe edifying to the Body of Christ in bearing that witness and bringing to light such actions as contravene those essentials to “upholding and propagating the historic Faith and Order” (Constitution and Canons of the Protestant Episcopal Church in the United States: Preamble) as we have received them: and be it

Further Resolved, that the following statement shall constitute our understanding of the doctrine, discipline and worship of The Episcopal Church and shall be read at all ordinations in The Diocese of South Carolina, and a copy of which shall be attached to the Oath of Conformity signed by the ordinand at such service of ordination:

“In the Diocese of South Carolina, we understand the substance of the doctrine, discipline and worship‟ of The Episcopal Church to mean that which is expressed in the Thirty-Nine Articles, the Creeds, the Chicago-Lambeth Quadrilateral and the theology of the historic prayer books.”

Resolved, that this Diocese authorize the Bishop and Standing Committee to begin withdrawing from all bodies of the Episcopal Church that have assented to actions contrary to Holy Scripture, the doctrine, discipline and worship of Christ as this Church has received them, the resolutions of the Lambeth Conference which have expressed the mind of the Communion, the Book of Common Prayer and our Constitution and Canons, until such bodies show a willingness to repent of such actions; and be it

Further resolved, that the Diocese of South Carolina declares that the most recent example of this behavior, in the passage of Resolutions DO25 and CO56, to be null and void, having no effect in this Diocese, and in violation of our diocesan canon (XXXVI sec.1).


Resolution #3
Resolved, that this Diocese, committing itself to remain focused on our gospel mission effectively to reach both the lost and unchurched, will work in partnership with such Dioceses as are willing to form Missional Relationships providing gatherings for Bishops, clergy and laity for the express purpose of evangelism, encouragement, education and mission: therefore, be it further

Resolved, that the parishes of this Diocese are encouraged to enter into their own Missional Relationships with orthodox congregations isolated across North America and to pursue effective initiatives which are lay-led and supported.

Resolved, that the Diocese of South Carolina endorses the Ridley draft of the proposed Anglican Covenant, as it presently stands, in all four sections, as an expression of our full commitment to mutual submission and accountability in communion, grounded in a common faith.

You can read them here. The 5th Resolution was tabled and will be rewritten for the regular March Convention. Read more of the Special Convention's actions at Kendall's T-19.

Actually the special convention was hosted by Christ Church, Mt. Pleasant which is about 10 miles down the road from St. Andrews, Mt. Pleasant. Christ Church is currently not in a period of 40 Days of Discernment...

The break-up of The Episcopal Church continues, bit by bit.

One of those bits includes the first TEC parish priest to declare his intention to flee to Rome's new open door.

I read about this on both Mark Harris+ site and on SF; amazing how just a bit o' zeitgeist can color a discussion. Though not necessarily the vote I'd have cast, it still sends a powerful message to 815 nonetheless.

It seems that DioSC took a "Via Media" type approach that fired a number of shots across the bow over the far-left lurch, while still seeming to hold out hope that there couls somehow be reconciliation and healing.

I pray that their stand would embolden other conservative/traditional dioceses across TEC.

It seems to me that the General Convention would be included in those TEC bodies in which DioSC will no longer be participating.

Resolution 2 would seem to indicate that you are correct.