London Telegraph: Queen 'appalled' at developments in the Church of England 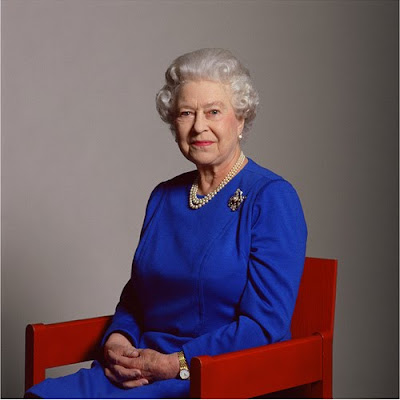 From the London Telegraph:

According to informants quoted in The Catholic Herald, the Queen has "grown increasingly sympathetic" to the Catholic Church over the years while being "appalled", along with the Prince of Wales, at developments in the Church of England.

The usually well-informed newspaper adds that the Queen, who is the Supreme Governor of the C of E, is "also said to have an affinity with the Holy Father, who is of her generation".

In July, The Sunday Telegraph disclosed that the Queen had told the heads of a traditionalist group, formed in response to the liberal direction of some parts of the Anglican Communion, that she "understood their concerns" about the future of the 80 million-strong global church.

One leading evangelical said: "We found the letters very supportive."

Her intervention was predicted to have surprised many because the group, called the Fellowship of Confessing Anglicans, was feared by some to be a divisive force and one of its senior figures was accused of being homophobic.

The then Bishop of Rochester, Dr Michael Nazir-Ali, called on homosexuals to repent. He said the Church of England must stick to the Biblical teaching that marriage should only be between a man and a woman.

"We want to hold on to the traditional teaching of the Church," he said. "We don't want to be rolled over by culture and trends in the Church," said the bishop, who was one of the most senior religious figures in England.

NOTE: Bishop Michael Nazir-Ali will be preaching and speaking at Truro next Sunday.

So, why did she sign off on Williams' appointment, knowing what he is? More importantly, now that the evidence is in, why doesn't she yank him out?

Must not be too awfully bothered.

Because Rowan Wiliams is not our enemy - far from it. Let he (or she) who has ears, let them hear. :-)

I guess I don't have ears to hear it.

She turns to the wrong source, Rome, and needs to reassert the governing role and rule of the Reformation Confession, 1662 Prayer Book, and Ordinals as the official standards of the once grand church.

I don't know, Philip - she's a believer. She's probably found a fellow believer in Benedict. God's up to something, but this isn't how I would have imagined it.

Beware of articles from "The Telegraph"
This paper is owned by Rupert Murdock and it cannot be trusted to tell the truth.

Shhh ... don't tell anyone, but FoxNews is owned by Murdock too!! At least he gives Cousin Roger a job.

It really is about identifying your enemy, isn't it?

No, I think it's more about identifying who our neighbor is.

It was widely reported by the CoE and royals watchers a few years ago that the queen made it clear to +ABC she would not be amused if the Americans were thrown out. One wonders whether she is rethinking that a bit.

Interesting that she has an affinity for a man who, in their youth, served (unwillingly) in the service of a military power that was dropping bombs on her parents (Elizabeth and Margaret were, I think, sent to the country like most London children). That strikes me as a really joyful thing.