Ephraim Radner and The Episcopal Church 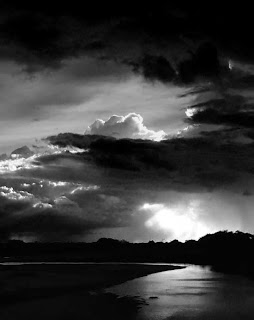 When the Anglican Communion Institute (ACI) hit the Episcopal center stage several years ago, it arrived smack-dab in the center of their version of Stage Three of the Five Stages to Decision that we mull over from time to time here at the Cafe. It was time for dealing - there was still hope left in The Episcopal Church, after all, it just needed to be a bit kinder, a bit gentler. All those unhelpful veterans of the TEC furniture-smashing uprisings were quickly departing or being shown the back door, while there in the shadows was emerging this newly renamed, newly relocated ACI Gang to pick up where the the AAC Gang left off.

Well it seems today that ACI member Ephraim Radner has now arrived at a similar conclusion that so many before him have made as well.

The Episcopal Church is irretrievably broken.

And sadly, very sadly, there's little sign in its present form that it will ever be fixed.

Ephraim writes a brilliant essay (still calling for kindness and gentleness and I do agree with him there - let's keep the cream-pie throwing to a minimum) that is just a-must-read for any who, following the recent actions of the Diocese of Los Angeles, have found themselves entering their own brand of Stage Four: Mourning.
Posted by Unknown at 12:05 AM

BB,
Happy Christmas! I just read Ephraim's article in full and he states the obvious; but the question I would have liked to ask him is 'Quo vadis?' Whither goest thou? His nest is feathered: an American, Episcopalian cleric, living and teaching in Toronto.

Interesting observations by George Will: