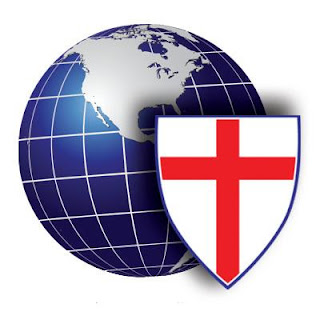 At the conclusion of the first meeting of the provincial council of the emerging new Anglican province of the Anglican Church in North America, the council released a summary of their meeting together, where they:

* Expressed profound appreciation for the recently released Manhattan Declaration that affirms core Christian values regarding Religious Liberty, the Sanctity of Life and Holy Matrimony and urged all clergy and people to sign it.

* And, mindful of the controversy surrounding a bill concerning homosexual behavior that is being considered by the Uganda parliament, restated our commitment to the sacredness of every human person as made in the image of God, from conception to natural death and without regard for religious convictions or manner of life. We also gave thanks for the faithful witness of the Anglican Church of Uganda and encouraged them to stand firm against all forms of sexual exploitation and in their publicly stated commitment that “the Church is a safe place” for all persons, especially “those struggling with sexual brokenness.”

You may read the entire communique here.
Posted by Unknown at 10:54 AM

Speaking as someone now in ACNA, well, sort of, anyway, it would be a great help if they would publish who these provinces are on the website. Who beyond those who made that plain upon the formation of ACNA (Gafcon provinces and SE Asia) has added their name since, besides Sydney, which is not a province? A list would be quite helpful. I assume the inter communion arrangements are not secret.

oops, that last was mine,
tjmcmahon

It is interesting - and not at all surprising - that the language of "provinces" is prominent in this post. Provinces are part of something bigger - which ACNA isn't, at least not yet - and the something bigger often has a fair level of control over what happens in the provinces - as in the Roman Empire and the the Church headed by the Bishop of Rome. The Anglican Communion is made up of Churches, and to call them provinces is to run the risk of assuming a level of central control that, so far, has not existed in the Communion. There is an apparent desire for such centralization in ACNA and the Churches of the Communion that support its formation. If such centralization does occur, the Anglican Communion will be a very different creature than it has been in the past. I have cautioned my more conservative friends to be careful about what they wish for. Today an Anglican Curia might lay down the law on sexulaity. Tomorrow it might demand that we all subscribe to the penal substitutionary theory of the Atonement.

As I understand it, Fr. Daniel, this is the position of the Archbishop of Canterbury as he reiterated at the Lambeth Conference press conferences - that the Communion is made up of churches and the churches are the provinces.

That being said, there is push-back from non-Anglo Catholic areas of the ACNA (remember, Rowan is Anglo Catholic) that see the Diocese as the church (this is true for the Communion Partners as well, which is why the dioceses enjoy some marked autonomy from the CP point of view). I personally agree with that view as well. This has been true in Virginia where the Established Church was the Church of Virginia, not the United States. The Episcopal Church, as I have always understood it, is not the Church of the United States (as the Church of England is) - and in fact, this is even more so now that it includes other countries that have had heavy American interests.

I do personally agree with your warnings, Fr. Dan. This was brought up quite strongly during the first Provincial Assembly so the bishops of ACNA are well-aware that the local parishes of traditionally low-churched areas of ACNA are not inclined to have directives from on-high, but in collaboration as one would in communion. It is a testimony to the level of trust that the working constitution recognizes this, most effectively giving the local parishes authority to withdraw - with their property. This does provide a check and balance on too much centralized power.