The Living Church reports on Christ Our Lord Church, Woodbridge 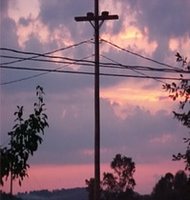 In a two-hour meeting with the Virginia Bishop Suffragan David Jones, the Rev. George Beaven explained that he and the other leaders of the parochial mission of Christ Our Lord, Lake Bridge, desired to make their departure from The Episcopal Church as grace-filled as possible.

“I am saddened that the diocese chose to take such a negative tone in reporting our decisions in its Oct. 20 release,” Fr. Beaven wrote in a prepared statement. “I have nothing but the utmost love and respect for the bishop, although I disagree with him profoundly on matters of faith and doctrine. I am particularly saddened by the diocese’s mischaracterization of our treatment of the Hispanic congregation worshiping at our church.”

On Oct. 15, the congregation, which has about 200 members, voted by a 95 percent margin to dissolve as an Episcopal church and reincorporate under the episcopal oversight of Bishop John Kahigwa of the Ugandan Diocese of North Kigezi. At the meeting, Fr. Beaven resigned as vicar and retired from The Episcopal Church.

“Our experience is that The Episcopal Church has become an unhealthy environment for orthodox Christians,” said Fr. Beaven, who has been engaged to lead the newly named Anglican congregation, Christ Our Lord Church. “In a neighborhood populated by military and other highly mobile families, our future depends on an influx of new people each year who are looking for a safe and supportive place for their families to worship and grow.”

The statement noted that since the congregation began occupying the church property, Christ Our Lord Church paid off early a second mortgage of $90,000 and paid down the first mortgage by $80,000. “The congregation made extensive improvements to the property, which appreciated by more than $1 million from its $700,000 original purchase price,” Fr. Beaven wrote. He noted that personal property was turned over to the founding church, All Saints’, Woodbridge.

“We felt so blessed to have this building that from the start we have shared it with young churches needing a place to worship,” Fr. Beaven said. “We gave the current lessees notice in August that because our church was facing an uncertain future, their lease would terminate on September 30, 2006. We also assured them that we would do all we could to help them if they wanted to continue occupancy. We later allowed them to stay until October 15. The electricity was not turned off until October 20, after the diocese had taken over possession of the property.”
Posted by Unknown at 11:34 AM

I believe the operative diocesan Canon potentialy holding All Saints responsible for the debt is in the last sentence of Canon 10 Section 8.

(a) Any Church may, with the consent of the Ecclesiastical Authority and the Regional Council of the Region in which the Mission is to be located, establish within the boundaries of such Region one or more Missions of a Founding Church. The minister in charge of such Mission shall be appointed by the Rector of the Founding Church with the concurrence of the Ecclesiastical Authority. The Vestry of the Founding Church shall appoint or shall allow to be elected a Vestry Committee which shall be composed as provided in Canon 11.14. It shall be charged with transacting the temporal business of the Mission, except
that the Founding Church may retain to itself such temporal functions as it deems proper and in any event shall be ultimately responsible for the temporal obligations of the Mission.

It is interesting that when we talk about diocese accountability - we're all in favor of imposing canons, but not scriptural accountability of our bishops. The other point is that if the diocese holds title to property, but is not the one paying for it - that the money to buy the property is coming from the lay parishioners - doesn't that sound like the very sort of system that Virginia rejected two hundred and thirty years ago? Why does the king get title to property bought by the people? Isn't that what the diocese has indeed done with this "deal" it made to buy the church for this mission - and then expect the laity to put up all the money, and for what? To be a part of a church that is incapable of holding itself accountable to scriptural authority? What lay person in their right mind would do such a thing?

It appears that it was really a "rental" property, not one owned by the parish. The Episcopal Church broke its own scriptural accountability by imposing on the laity new innovations that are outside of scriptural morality and call i blessed - as the Bishop of Connecticut has now proclaimed with complete silence from the BIshop of Virginia or 815 or the House of Bishops. Why would laity want to invest in that kind of organization? It reminds me of "New Coke." We didn't want "New Coke" and so we didn't buy New Coke and New Coke went bye bye. No one - not even bishops of the church - can force lay persons to pay for investments that don't deliver on their promises. Bascially, this is a rental property and now the Diocese gets it back - plus all the rental funds all ready put into the property by the hard-working, hard-commuting laity of Christ Our Lord. It's win/win for them - unless they have now figured that no layperson in their right mind is going to pay for property they do not own.