Spikes and chains and beauty and joy? 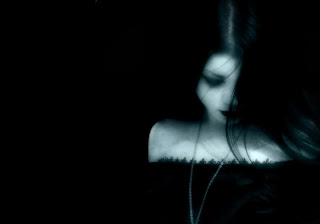 "A Christian Goth may initially seem to be an oxymoron," Marcus Ramshaw writes. "Goths, in terms of today’s sub-culture celebrate, with both an ironic and cynical attitude, an approach to life which is frequently both nihilistic and fatalistic. Christians, in contrast are associated with a joyful, faith-filled and positive approach to life, full of hope and a strong belief in redemption. The gothic view of life appears to be a stark contrast to the Christian one."

That being said, in the Diocese of Bethlehem, St. George's Episcopal Church, Nanticoke, is hosting what they are calling a "Goth Eucharist" anyway, apparently based on one that began at the Church of St. Edward King and Martyr in Cambridge, England. The will hold their first Goth Eucharist this Saturday.

“I think experiencing a liturgy that’s a little off the wall is intriguing,” said Deacon Lou Divis of St. George's. “I’m expecting spikes and chains and beauty and joy.”

So will it now be Nine Inch Nails instead of U2? What's next - an Emo Eucharist?

Email ThisBlogThis!Share to TwitterShare to FacebookShare to Pinterest
Labels: Episcopal News, U2

Now, play nicely BB, there are some from that group the Lord has called to Himself.

In the DC area there is a Bible study of Fridays out of McLean Bible Church for those who morn, that they maybe comforted. Sanctuary by Pastor Hart was in San Diego. There are a few Bible believing folks willing to target this subculture, Praise God!

NIN really would not be a favorites, but maybe Wedding Party. Actually, true old stuff, like tones would be VERY attractive, because of the feel (think Enigma's song "Sadness" with the chanting). Although, Anglo-Catholic might be more appealing with the richness of symbolism.

A little humor there Problems Only Christian Goths Have (it's a take off on from this.

So, I'm of a different opinion than you BB, I'm ready to get into a battle for souls with these kin, it might upset some of the Wheaties but it would be good for them to upset some notions of what is faith all about. I'm not so willing to let the "social gospel" folks have this group, I might know a bit about the change on the inside that's not always apparent on the exterior.

Regrettably, you taunt me with such photos, as if she really were a sold out Christ following Christian and truly existed in this world...

Remember, we have a closet filled with black. And after reading about the meeting of the so-called "Joint Standing Committee" we're ready to head up for the Goth Eucharist right now.

And we do read Sylvia Plath.

And Lord of the Rings.

And listen to Gregordian Chant.

And wear black all the time.

Gotta think about the eyeliner, though.

I made a sort of related photo blog entry here ...

I just took a look at the parishes website ... They're WHERE?

DC area has maybe a stable population of 500 in this subculture which in total population would be .01%, but lets be very generous and say it's .1% -- the total 2000 US Census population of Luzerne County, PA was 319,250. So even if there were .1% (which would be even more odd, since sub-cultures tend to congregate in cities, not rural area) that would be a total 319.25 of possible congregates. To a group in which there is a wide range of view points on religion in general, let alone often hostile to Christianity.

Is the senior warden's daughter a goth? Praise God for all five who will show up, but when I followed the link, this story got truly strange.

The spikes and chains are just _one_ subset of fashion- the industrial look. When I was a budding goth, I went for the romantic Victorian look. Spike cuffs can be very dangerous while dancing. (I blend in to normal worshipping society very well these days.)

I've no real input on the topic, but I find it funny that sooo many people are using this picture for their goth topics...lol, it's my cousin

This photo belongs to me, and I would like you to remove it from this post please. I can prove it belongs to me.