Five Keys for the Serious Reader 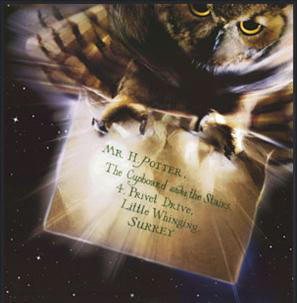 BB NOTE: As some of you may know, my essay "Iceberg Ahoy!: Why the Harry Potter Books Should Be
Restored to The New York Times Best-seller List," was published in a collection of essays on the Harry Potter books called The Plot Thickens, available at Amazon by clicking on the title. With the announcement of the title of the seventh (and last) book in the Harry Potter series, there has been a lot of new writing on Harry Potter as we prepare for the release of Harry Potter and the Deathly Hallows. I thinking now that the "Deathly Hallows" are the Horcruxes that Harry is off to find at the close of the sixth book. The big question facing readers of the book is whether Harry is one of those Horcruxes himself.

John Granger is the author of Looking for God in Harry Potter, an excellent introduction to the series from a Christian perspective. He's also written The Hidden Key to Harry Potter: Understanding the Meaning, Genius, and Popularity of the Harry Potter Novels, which digs even deeper into the novels and their meaning. I took a class online from John Granger through Barnes and Noble and joined his boards as he prepared for the publication of his next book, Unlocking Harry Potter: Keys for the Serious Reader, which should be published in early 2007. With the announcement of the title for the seventh book, I dropped in again at HogwartsProfessor.com and discovered that John now his own blog up - which is open to all: Hogwarts Professor.

Here is an essay by John Granger on the "Five Keys for the Serious Reader." For those of us who are fans of Jo Rowling and her series of books, 2007 could be a banner year - and just what the Doctor ordered.

Five (5) Keys for the Serious Reader

The book I am finishing the final edits for this week (go to www.zossima.com to order it at the pre-publication special price) is titled Unlocking Harry Potter: Five Keys for the Serious Reader. Almost everything I will write about here at HogPro will relate to one or more of these keys, so let me provide a short introduction to each one, why I think they are important, and how they work together. It helps I think to recall the keys to Moody’s chest in Goblet of Fire.

The first chapter of Who Killed Albus Dumbledore? (WKAD) is an essay on narrative misdirection I wrote for one of my Prince classes at BNU in 2005. That book had to start with this essay because WKAD is about what happens beneath the story-line of Half-Blood Prince. Narrative misdirection is the literary device Ms. Rowling uses in each of her books to create the impression in the reader’s mind that they have a good idea of what is going on when really all they have is Harry’s view. As Harry is at best a little slow and quite possibly, qua Gryffindor, born with a headless hat in place, Harry’s perspective is quite the restricted view. We learn this at the end of every book except Prince when Dumbledore and circumstances reveal all the mistakes Harry made in judgment, often from lack of information or just misunderstanding and neglecting clues on the periphery of his vision. I explain in Unlocking Harry Potter how Ms. Rowling does this and the debt she owes to Austen’s Emma for this technique.

There is little mystery or deceit in Ms. Rowling’s formulaic writing. Harry’s story each year begins on Privet Drive and proceeds through ten steps of his annual adventure until he returns to King’s Cross Station for another summer with his Aunt and Uncle on Privet Drive. With the exception, again, of Half-Blood Prince’s finale, this journey and its repeated elements are the skeleton on which Ms. Rowling hangs her tales. I detail the ten steps, the important exceptions from formula in Prince, and, more to the point, what each journey means in Harry’s transformation year-by-year and his formation as hero and Voldy-Vanquisher overall.

The subject of personal change via the journey brings us to Ms. Rowling’s remarkable and profound use of traditional alchemical imagery and symbols to detail and describe the process of Harry’s transformation. Alchemy is a seven stage work, hence the seven years of Hogwarts education and the seven books, it has three primary stages, hence the Black, White (Albus), and Red (Rubeus, among others) characters and action in the latest three novels, and alchemy is about the action of contraries - feminine alchemical mercury and masculine sulfur - resolving the impurities of a substance, hence Hermione (Hg) and Ron, “the quarreling couple” of Harry’s alchemical life. The Harry Potter epic is suffused with symbols, number, and meaning from the stream of literary alchemy in traditional English literature that stretches from Shakespeare to C. S. Lewis. Despite this being cued from the first book’s title, Philosopher's Stone, it remains something obscure for most readers and a large part of Unlocking Harry Potter is spent explaining how this key works in opening up everything from the sequence and details of the Tr-Wizard tasks to what the alchemical wedding of Bill and Fleur, the Red King and White Queen, means for Deathly Hallows.

As interesting as I find these keys, the most fun and biggest challenge I had while writing Unlocking Harry Potter was thinking of Ms. Rowling, not as a literary throwback to Austen or alchemical dinosaur, as a woman of our times. Trying to answer the question of why the books are so popular means thinking first of how and why they resonate as they do with readers of all ages and nationalities in the 21st century, not the 16th. I explain the twelve points books and screenplays written in our times, what is usually called “postmodernism” or post-structuralism,” have in common and then discuss how the Harry Potter books conform to this model. I hope this week to discuss on HogPro blog “Rudolph the Red Nosed Reindeer,” the Christmas time television special, in light of three of four of these predominant themes to give you a taste for this. It involves looking at your own eyeballs, thinking about the “given” ideas we all share just by living and breathing in this historical period, but the rewards in understanding Harry Potter and just about every book and movie being released - think Happy Feet and Apocalypto - are probably greater than any other of the five keys.

Last but not least is the transcendent element of Ms. Rowling’s books, the symbols, themes, and meaning she gives her book that resonate with the human heart more than just with the preconceptions of our times. This includes the traditional Christian content I detailed in Looking for God in Harry Potter, although here I explain how Ms. Rowling’s use of these images is postmodern rather than evangelical, reflecting both her concerns and her faith, and the differences between her, Tolkien, and Lewis in this regard.

These five keys work together to create the wow effect that has entranced the readers of the world. To deliver her postmodern message about the limits of human understanding, the ubiquity of prejudice, and the dangers, even the evil of the predominant metanarrative, Ms. Rowling uses narrative misdirection to show us again and again how little we can “get” of what is really happening around us. Because the alchemical work is completed in the “white stage” or albedo, what transpired in Half-Blood Prince, a transformation that is invisible until the “red stage” to come in Deathly Hallows, we know that what we think happened in Prince is almost completely deception to be revealed in the eucatastrophe or apocalypse of the coming book. She resolves postmodern questions in each book by turning on the materialist metanarrative within postmodern thinking itself with Harry’s figurative death and resurrection in the presence of Christ, the hero’s ending we should expect at Deathly Hallows’ end. Harry either dies a faux-death once again, beheaded like Buckbeak or pulling off a Draught of Living Death escape, or Harry does the Sydney Carton sacrifice to redeem the magical world himself.