How did this happen? 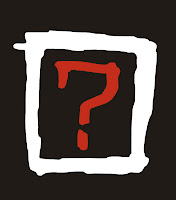 THE ANGLICAN Communion came one step closer to schism on May 6 following an election of a new bishop in California. The crisis came not in the much touted election in San Francisco, where the three partnered gay and lesbian priests lost to the suffragan Bishop of Alabama in the election for Bishop of California, but in the diocese of Northern California which elected a twice divorced and thrice married priest to be its next bishop.

The Rt Rev Marc Andrus, Suffragan Bishop of Alabama was elected on the third ballot to succeed the Rt Rev William Swing as Bishop of California. The three partnered gay and lesbian priests on the ballot ran far back in the polling, taking the last three spots in the voting. The election of Bishop Andrus does not mark a swing to the right but a preservation of the status quo in the progressive diocese of California. The Rev John Kirkley, president of Oasis/California, a gay and lesbian church advocacy group, stated Bishop Andrus was elected “because he won our hearts and minds during the walkabouts. His authenticity and vulnerability indicated a man willing to stand in solidarity with a suffering world, rooted in profound contemplative practise.”

Bishop Andrus was also “elected with very strong support from gay and lesbian clergy and laity,” Fr Kirkley noted. In an acceptance speech at Grace Cathedral in San Francisco, Bishop Andrus, speaking with his wife Sheila at his side, stated: “Your vote today remains a vote for inclusion and communion — of gay and lesbian people in their full lives as single or partnered people, of women, of all ethnic minorities, and all people. “My commitment to Jesus Christ’s own mission of inclusion is resolute,” Bishop Andrus said.

Across the state that same day, the Rev Barry Beisner was elected on the fourth ballot in succession to the Rt Rev Jerry Lamb as Bishop of Northern California. Appointed Canon to the Ordinary [bishop’s assistant] to the Bishop of Northern California in 2002, Canon Beisner has been divorced twice and married three times. The election of Canon Beisner has caught American conservatives off guard. While primed to contest the possible election of a ‘gay’ bishop in California, conservatives contacted by The Church of England Newspaper were divided over a response to Beisner’s election.

Several conservative delegates to General Convention told The Church of England Newspaper they were troubled by Beisner’s election. To have opposed Gene Robinson’s election on moral and Scriptural grounds and not to oppose Beisner’s election would “reek of hypocrisy” one delegate said. While there have been over a dozen American bishops who have been divorced and remarried, Canon Beisner will be the first priest to have been divorced twice and married three times before being consecrated as bishop. In 1946 the Episcopal Church permitted divorcees to remarry in the Church upon special licence of their bishop. Clergy were generally not permitted to remarry after divorce and retain their orders until the 1960s.

The current rules for clergy remarriage after divorce varies by diocese across the Episcopal Church as no national church canon governs. The Beisner election has the potential for upsetting the political calculus worked out among the Episcopal Church’s fractious factions by the bishops to hold the Church together through Lambeth 2008. Conservatives and moderates pushing for acceptance of the recommendations of the Windsor Report may well fall out over the Beisner election.

NOTE FROM BB: I find I am rather progressive when it comes to divorce and remarriage in the Episcopal Church. Divorce is a terrible thing (it's not a right or a good thing), but sometimes it is necessary. The process to remarriage can be a journey of redemption and renewal. But bishops are held to a higher standard. And to be married three times and made a bishop is truly alarming. A divorce is the breaking of one of the deepest vows men and women make in their lifetime. To break that vow once is tragic. To do it twice and then make the vow for a third time brings up a question of character as well as if this person can keep promises, as well as provide the moral leadership needed when one is called to be a leader in the church. I find this elevation alarming. Have we gone too far in being permissive in the Episcopal Church? Is becoming a bishop now a right rather than a call? It would seem so.
Posted by Unknown at 12:26 PM