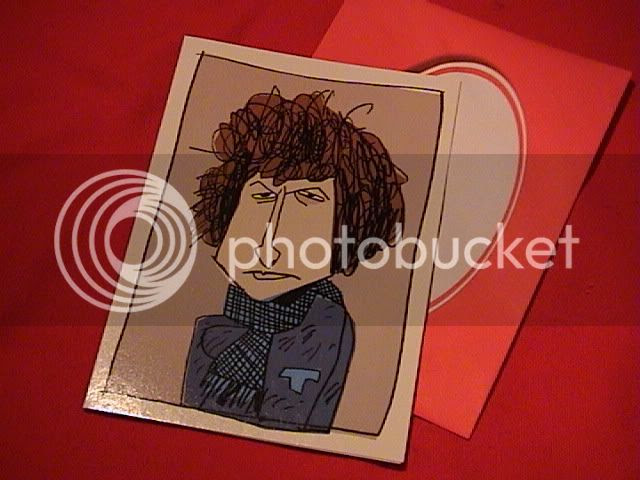 Did you ever think you'd be alive at 65?

NEW YORK (Reuters) - Bob Dylan has announced no plans for his 65th birthday on Wednesday, but around the world and in the hometown he couldn't wait to escape, the musician who has insistently resisted labels will be celebrated as the voice of a generation.


Dylan's spokesman, Elliott Mintz, responded to questions about Dylan's birthday and touring plans by saying only that he had passed along the inquiry.

But a new compilation book of Dylan interviews has been published for the occasion, radio stations from Norway to Australia will air salutes, the Rock and Roll Hall of Fame has mounted a special exhibit and in his hometown of Hibbing, Minnesota, residents are baking cakes in hopes he may return.

The singer-songwriter who is also an author, filmmaker, actor and, most recently, radio disc-jockey has changed his name, religion and musical styles along the way. He has sometimes shocked his fans but always kept them guessing, while writing culture-changing songs like "Blowin' in the Wind" and "Like a Rolling Stone."

"May you stay forever young" was his fond wish for his audience, and "He not busy being born is busy dying" his credo. At retirement age, with hundreds of songs and nearly 50 albums behind him, he is still constantly touring, with a European swing about to begin.

"I don't see why you can't last as long as you want to last," he is quoted as saying in "Bob Dylan, The Essential Interviews," edited by Jonathan Cott.

The book traces Dylan's progress from a kid besotted with 1950s rock 'n' roll to a young folkie who gave voice to the anti-war, anti-racism youth movement of the 1960s.

He quickly renounced the title "protest singer" and became an electric rocker on a personal exploration of Christianity, Judaism and many other issues of identity.

"The second we all think we get to know him and what he stands for, he throws us a curve ball," says Warren Zanes, of the Rock and Roll Hall of Fame and Museum in Cleveland, Ohio, where the top two floors are devoted to "Bob Dylan's American Journey: 1956-1966."

The 15-week exhibit, which just began, includes a high-school yearbook in which senior Bobby Zimmerman tells the girl who sat in front of him in math class how pretty she is -- and how he probably will never see her again.

Hoping to see him again are the folks in Hibbing, where the Dylan Days celebration started informally in 1991 at Zimmy's Fine Bar and Restaurant -- "the world's only Bob Dylan tribute bar and restaurant."

There will be concerts and readings, a bus tour of Hibbing and a one-day-only opportunity for fans to get their mail stamped with a special U.S. Postal Service design.

And of course there's birthday cake. "We have cake all over town," said Zimmy's co-owner Linda Hocking. "We'd love to see him here this year," she said, adding that this was the first year Dylan was not touring during "Dylan Days."

The Internet is also Dylan country. One Web site, Expecting Rain, http://www.expectingrain.com/, compiles 10 to 20 items per day of interest to Dylan fans.

With an 850-entry "Bob Dylan Encyclopedia" due in mid-June, the fascination with Dylan shows no sign of letting up.

"It's hard to believe he's a senior citizen because he really is 'Forever Young,' even when he's cranky -- and he can be cranky quite a bit," said Cott.
Posted by Unknown at 12:41 AM