The Times Dispatch: The Diocese Is Attacking the Faithful 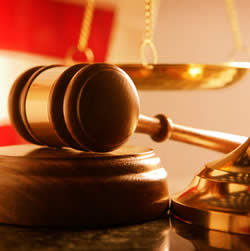 David Bena writes as a columnist for the Times Dispatch:

It's a sad day for Christendom when a national church attacks faithful Christians instead of encouraging them in the faith. Typically, churches attack the sins of this world and offer solutions to the world's problems.

Yet this is the situation that 11 Anglican churches find themselves in since the Episcopal Diocese of Virginia and the Episcopal Church attacked us with lawsuits.

Our churches were undergoing amicable property settlement negotiations with the Diocese in January 2007 when it and the Episcopal Church abruptly broke off those discussions. They then filed lawsuits against our churches, our ministers, and more than 100 volunteers serving on our vestries (governing boards).

Our congregations simply wished to remain faithful to the historic teachings of the Anglican Communion and could not in good conscience follow the revisionist direction of the Episcopal Church. Unfortunately, the Episcopal Church and the Diocese walked away from us and the worldwide Anglican Communion by choosing to reinterpret Scripture on a number of issues. They sued us when we refused to follow them on that prodigal path.

Consistent with Virginia law, and as agreed to by the Diocese in a "standstill agreement," our churches reported to the local circuit courts our votes to disaffiliate from the Episcopal Church and the Diocese and to affiliate with the Convocation of Anglicans in North America through membership in the Anglican District of Virginia.

This Virginia law says the majority of the church is entitled to its property when there is a division within the denomination. Fairfax County Circuit Court Judge Randy Bellows issued an April 3 ruling in which he held that there is a "division of the first magnitude" within the Diocese, the Episcopal Church, and the Anglican Communion at large. He ruled that the Virginia Division Statute applies in this situation in support of our congregations' efforts to keep our property.

At the current stage of this unfortunate litigation, the constitutionality of the Virginia Division Statute is being challenged by the Diocese and the Episcopal Church. But to resolve the issue at hand, there is no need for civil courts to wade into issues relating to theology or doctrine.

The U.S. Supreme Court has made it clear that states can resolve church property disputes based on "neutral principles" of law, such as majority rule -- which is what the Division Statute says.

If the Episcopal Church were as hierarchical as it claims, all it had to do was put title to these properties in the name of its bishops, as the Catholic Church does. Then the Virginia Division Statute would not even apply.

THE DIVISION STATUTE was adopted by the Virginia General Assembly to respond to numerous church divisions that arose during the 19th century -- some before, some during, and some after the Civil War. The statute provides a neutral legal mechanism -- applying the democratic principle of majority rule -- to resolve these types of disputes. A number of both Methodist and Presbyterian congregations successfully invoked the statute after its adoption in 1867.

The Episcopal Church's own complaint even acknowledges that it does not hold title to any property of these 11 churches and that the churches' own trustees hold title to all such property for the benefit of the congregations.

The Episcopal Church's position actually creates constitutional problems. According to it, the meaning of the key terms in the Division Statute -- "division" and "branch" -- vary among denominations, based on each denomination's internal rules and structure. That would twist a law that resolves church property disputes based on a neutral principle -- majority rule -- into a law that requires the courts to get into a religious thicket. The Supreme Court has said that should be avoided.

In other parts of the country, amicable negotiations over property and other matters have been resolved. Our Anglican churches have invited the Episcopal Church and the Diocese to return to the negotiating table several times. The leaders of the Anglican Communion have repeatedly echoed that call, but Episcopal leaders are evidently not interested in settling anything amicably.

Pitting Christian against Christian in court does nothing to save one soul, strengthen one family, or help one person in need -- and literally millions of dollars that have been going toward legal fees would be much better spent in serving those true missions of the faith.

David Bena is a contact bishop in the Anglican District of Virginia and suffragan bishop in the Convocation of Anglicans in North America.
Posted by Unknown at 11:42 PM

"Neutral principles of law" is ordinarily taken to mean the neutral application of existing law to all parties, not making a differentiation between secular and religious parties. Although I have not seen the applicable Supreme Court ruling, I am convinced that this is the argument being used by the lead Anglican attorneys in the California cases.

+David Bena's novel extension of "neutral principals of law" to include the democratic procedures of majority rule is a valiant effort. We shall see whether it passes muster as a tenable legal position.

Br_er Rabbit, I am not following your logic here. I see what the Commonwealth did here was create a method to disengage from religious doctrine. It provides for a method that a court can use to determine secular issues like property ownership.

Br_erRabbit brings up a significant concern. Here we are talking about a constitutionally protected area, freedom of religion. In 57-9, The Commonwealth has chosen one option of many and made it definitive. In effect, it has given preference to one method of church governance, congregational, and, has even prescribed how its rule is to be exercised, simple majority. (In the case of one of the amici, whose church rules require that a 3/4 majority is needed, 57-9 overrides its rules.) Jones v. Wolf made clear that a church could insure that, in property disputes, a church could choose any number of ways, such as provision in its governing documents, that the property would go to the the higher body. To my knowledge, the hierarchical churches, Presbyterian, Methodist, and Episcopal made such provision.
There are several concerns here:
1. Does any adjudication under 57-9 require the state to make extensive inquiry into areas forbidden by the Constitution?
2. In this case, does the Commonwealth have a compelling governmental interest in choosing one option for property distribution, (50+majority rep.) over many?
3. Does 57-9 show an inherent preference for one form of church governance over another? EmilyH

Scott+, you are correct. The division statute, if applied as a "neutral principle", should regulate religious entities the same as secular ones. The statute in question uses majority rule as a process.

But "majority rule" (50% + 1) in itself is not the issue. The issue is that it is a state statute to be equally applied.

One of the greatest principles incorporated into United Stated governance is the protection of minorities. Certain issues (such as a change in our corporate makeup) cannot be changed by a majority but require a super-majority. Some issues cannot be changed at all because of the over-riding principle of inalienable rights.

The legal term, "neutral principles" applies to equal protection of the law, not to a method of governance. E.G., Because he was constrained by "neutral principles", the king of Persia could not repeal a legally enacted law even though he wanted to respond to the request of his queen, Esther.