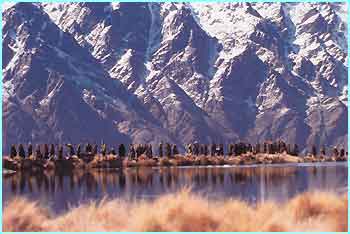 BB NOTE: Should have known there would be a reason why we had to don our tinfoil hats again last week after our friend and cafe patron from from across the Potomac started up the "IRD Is Out To Take Over the World As We Know It" conspiracy theories and tossing Fr. Radner into the epicenter would be for a reason. Now Fr. Radner is no longer the progressives favorite orthodox darling (John Howe, please take note) now that he's vocalizing the truth of the reality on the ground (that just doesn't go over well with the tea and crumpets, don't you know). Now he's viewed as "emotional" and one must wear their tinfoil hats because of the company he keeps (so much for full inclusion!) - ah, but the times they are still ironically a-changing:

Here we have a must-read from Ephraim Radner of the Anglican Communion Institute. Two highlights are below, but read the whole thing here:

"We must now choose our way with respect to the Communion, and choose it in a manner that can be evaluated rather clearly according to the Communion’s own calling. This is so because the Communion has moved through very important, articulated and clear phases of reflection and action, especially most recently at Dar es Salaam. For that we are profoundly grateful ..."

..."Some have wondered if I am counseling us to “leave” the Episcopal Church. There are certainly ways to do this that are unambiguous, and I am not in a position to judge those who take such an unambiguous path. However, for those like myself who are committed to the Communion path outlined above, “leaving” is not as clear as it may seem. We have not moved; last week, our bishops as a House have moved.

"In such a situation, the readjusting of relationships will, as I have said, engage an inevitable conflict. This could well “feel” like leaving to some, I have no doubt. It will certainly be filled with anguish, as I feel every day. But steadfastness in this course is not flight or abandonment of anyone. We can respect the choices of our House of Bishops as choices made openly and honestly.

"But our own choices can likewise be made with integrity, precisely as they remain consistent with the vows we have all taken to “the apostles’ teaching and fellowship” and the “heritage” of the Great Church God would have rise up again the sight of all the world."

The battle for Helm's Deep is over.
Posted by Unknown at 11:21 AM