LIVE from CPAC: I was so much older then ... 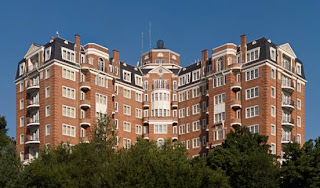 It has been a good number of years since I walked the halls of CPAC.  I think the last time I was here I was about twenty-three years old, Ronald Reagan was president, and I ran the booth (which was basically a folding table with a white table cloth) for the National Forum Foundation.  It was at a hotel not far from the Capitol and I still a vivid memory of seeing Jack Wheeler walk by with his slide projector under his arm, freshly returned from his last expedition with the Afghan Rebels.  I remember him because he stood out from the rest of the people walking by in their blue suits and 1980's era power ties, he with the long hair and corduroy jacket.

All these years later, we're now the ones in Afghanistan and slide projectors have long been reassigned to the Smithsonian attic.  But the blue suits and power ties (circa early 21st century) are still here at the Marriott Wardman Park Hotel in Washington.  No sign of Sarah Palin anywhere and fellow NJC alumnus Ann Coulter seems to have disappeared into the woodwork (although she may be around, I just can't hear her), although I've just learned this is a controversy going on here and we'll catch up on that later.

And no, it's not that Donald Trump was here (though I guess that isn't going over so well). It is interesting again to see how the libertarian resurge will work with those who have centered their careers in DC and NY. 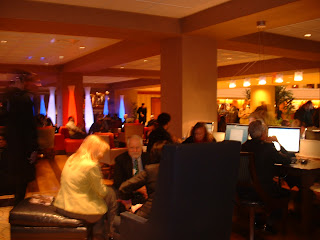 I will be here over the next few days, writing about this annual gathering of conservative activists from all over the country.  There all ready seems to be a tension between the rising Tea Party folks (are they here, not sure) and the now old guard conservatives.  When I was here before the Old Guard was William Buckley and Bill Rusher, and Robert Novak and even always energetic Jack Kemp, but they are all long gone.  This does seem to be a turning point for "conservatives" and the question I have as I come here is exactly what defines a conservative today?  Who are the rising leaders and the fading stars?  Is their still a movement or is it morphed into something else?  And is Ronald Reagan more than just a poster on the wall?  How close does today's conservatives track the ideals Reagan set forth when I was a newbie in DC, running the copier at Reagan/Bush 80?

And most important, will I find any other Dylan fans here?

So speaking of Dylan, we'll close this entry with a song of his - here performed by the legendary Byrds - for this particular survivor of the conservative movement, it seems - to coin a phrase, à propos and our theme song for this event.

think we can agree the Tea Party "new guard" would get along pretty well with Buckley, Kemp, et. al.

I think so too. What I miss of Buckley, though, was his wit.

As a Buckley fan of long standing, I think Buckley might recognize some affinity with the small government strand in the Tea Party DNA, but would likely be appalled by much of the rhetoric.