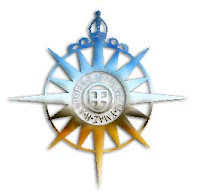 Phil Ashey of the AAC comments:


“A Revised Anglican Covenant” seems to offer the substantial changes in Communion governance that would satisfy the concerns of orthodox Anglicans all over the world:  GAFCON primates and bishops, non-GAFCON Global South primates and bishops, ACNA and Communion Partners.  It builds upon Dr. Noll’s previous paper that the American Anglican Council released prior to GSE4 in Singapore, and brings forward feedback from discussions at GSE4 and theological reflections on the just concluded meeting of the SCAC and their non-response to continuing violations of Communion moratoria by TEC and its proxies.  These proposed revisions are what Dr. Noll asserts:  “conservative” in treating the existing draft texts respectfully but also “radical” in directly addressing the anomalies and fatal defects with credible structures of leadership and governance.

After the simply breathtaking behavior of the much-resigned-from "Standing Committee" of last week, this is a welcomed addition to the conversation on how we may be able to move forward together as an Anglican Communion.  After all, as we are told over and over again - we are not a congregational church but a church with bishops.  Their greatly diminished role pushed forward by the west (and we know why that is since it is the church in the "global south" that is growing, not the west) and bypass the bishops is quite alarming.  Bishops need accountability, but they should not be regulated to a ceremonial role.  They take very serious vows on their consecration and that is for a reason.