Mr. Butter told CEN that ACC chairman Bishop John Patterson reported the approval of the new constitution “to members in the first session” of ACC-14.  However, he said he did not believe the announcement of the approval “was minuted” in the proceedings of ACC-14, while audio recordings of the May 2 session do not record this announcement.

There is no evidence that the new constitution has been approved - note that in 1969 The Episcopal Church held a special session of General Convention to approve the original constitution while no such thing happened following ACC-13.  Thank goodness for Anglican TV that was there to record what actually happened at the ACC-14 meeting in Jamaica.

From the Church of England Newspaper: 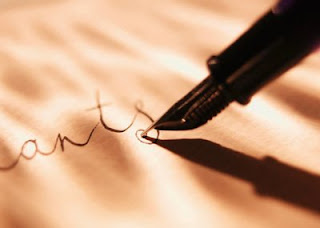 The Anglican Consultative Council failed to follow its rules in soliciting approval for its new constitution, critics of the London-based ‘instrument of communion’ tell The Church of England Newspaper.

Some provinces were never asked to approve the ACC’s new constitution, while others were asked to approve “in principle” a draft version that differed from the final document lodged with the Registrar of Companies for England and Wales on July 10, 2010, while a third group reported that the draft it approved was substantially similar to the one adopted.

The resulting uncertainty has likely resulted in two Anglican Consultative Councils under law: a limited corporation created under English law on July 12, 2010, and an English charitable trust registered in 1978.

However, Global South leaders tell CEN the claim of inconsequential revisions advanced by the ACC was misleading.  Citing the Anglican Communion Institute’s analysis, they note the new constitution engages in a power grab that makes the delegates subordinate to the Standing Committee, while also encroaching upon the authority and prerogatives of the Archbishop of Canterbury and the Primates Meeting.  It is also unclear if all of the provinces were consulted about the changes introduced by the new constitution, including the subordination of the ACC to the European Union’s equality laws.

The Archbishops’ Council and the House of Bishops Standing Committee endorsed the revised articles of association in early 2009, a spokesman for the Church of England said, adding that “we do not consider there to be any significant differences between the drafts considered by the Archbishops’ Council and House of Bishops Standing Committee in 2009, and the articles adopted this year.”

A spokesman for the Church of Uganda told CEN that in 2008 a letter asking for comments on the draft bylaws was sent to Archbishop Henry Orombi, which stated that unless an answer was received, this would be interpreted as the church’s consent for the revisions, which were described as inconsequential changes to facilitate the ACC’s metamorphosis into a limited liability corporation.

However, “we were never sent an actual copy of the new by-laws to review,” the Church of Uganda spokesman said.

On July 27, the Primate of the Southern Cone, Bishop Gregory Venables of Argentina stated he had “no recollection of this province having been consulted on these changes.”

Mr. Butter told CEN that ACC chairman Bishop John Patterson reported the approval of the new constitution “to members in the first session” of ACC-14.  However, he said he did not believe the announcement of the approval “was minuted” in the proceedings of ACC-14, while audio recordings of the May 2 session do not record this announcement.

Formed in 1969 in response to 1968 Lambeth Conference Resolution 69, the ACC began as a voluntary association to advance the interests of the churches of the Anglican Communion.  In 1973 ACC-2 approved the creation of a trust under British law to hold title to property in England on behalf of the ACC’s members. Further refinements were taken at ACC-11, which adopted resolution 11.6 calling for the formation of a limited legal company to manage the ACC’s assets while keeping the structure “so far as possible in all other respects in accordance with the existing constitutional arrangements.”

In 2005, ACC-13 Resolution 3 approved the draft articles reconstituting “the work of the Council within the framework of a limited liability company,” authorized the Standing Committee to make final amendments to the proposed constitution, and asked that the Standing Committee establish “such a body with charitable status in accordance with the such approved draft Memorandum and Articles as amended” following consultation with the Primates and legal counsel.

In response to questions about the status of the new constitution, in January 2010, ACC Secretary General Kenneth Kearon told the website Episcopal Café the change to its constitution “required approval in principle from a majority of the provinces, and the Standing Committee just before ACC 14 in Jamaica in 2009 noted that the requisite number of approvals had been received.”

The new articles were “available at the ACC meeting in Jamaica in 2009 and were discussed at the [December] Standing Committee meeting,” Canon Kearon that month told Pittsburgh blogger Dr. Lionel Deimel, adding that “these were sent to the Charity Commissioners for final approval immediately after ACC in 2009, but we have not yet received a response.

Approval by the Standing Committee alone was insufficient to ratify a new constitution, canon lawyers tell CEN, as Article 8 of the former bylaws limited the Standing Committee’s power.  It could not act on behalf of the full council in matters “by this Constitution required to be done specifically by the Council” including the adoption of new bylaws, they argue.

The final text of the constitution approved by the Standing Committee before the start of ACC-14 had to be “submitted by the Council to the constitutional bodies” or Provinces for ratification, under Article 10 of the former bylaws.

Nice picture with this post. Do you think it's the ABC writing down his list of things not to forget?: