Communion Governance: The Role and Future of the Historic Episcopate and the Anglican Communion Covenant 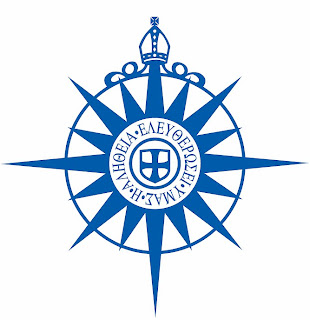 The "Communion Governance: The Role and Future of the Historic Episcopate and the Anglican Communion Covenant," by the Rev. Dr. Stephen Noll, Vice-Chancellor of Uganda Christian University has now been released.

Phil Ashey of the AAC writes that Dr. Noll's essay "is characterized by meticulous research into the history of Communion Governance, the history of the role of bishops meeting in council together at Lambeth and through the Primates' Meetings, the history of other Instruments of governance (such as the Anglican Consultative Council), and the relative merits of three different models of governance: pure autonomy, executive bureaucracy (with an enhanced role for the See of Canterbury), and the conciliar authority of bishops."

Phil Ashey goes on to give an overview of Dr. Noll's conclusions regarding the Anglican Communion Covenant:

Dr. Noll states clearly what his findings are:

The method of the present essay is to review the failure of Communion governance, especially since 1998, and to ask whether the problem has to do with the persons in leadership or with the constitutional order itself. I shall argue that bishops-in-council - the Lambeth Conference and the Primates' Meeting - who are the guardians of Communion doctrine and discipline, have exercised uneven authority to date but are the proper instrument to restore order to the Communion. Finally, I ask whether the Anglican Communion Covenant can be an effective part of a reformation of Communion governance.

I describe the performance of the Global South bishops and Primates in Communion governance as a tide which has ebbed and flowed over recent years. In particular, they have risen to the occasion in crises at Lambeth 1998 and again in 2003 with the consecration of Bishop Gene Robinson but then have seen their influence subside after the immediate crisis has passed. I argue that their diminished status may become permanent, with the most recent top-down reordering of Communion structures, unless they stand firm for a conciliar role under an effective Covenant" (page 2)

Read the entire essay here.
Posted by Unknown at 2:04 PM

BB - where's your report about the final loss of the case in California? Seems to me you should get some practice on writing those kinds of posts, because there going to be more where that came from.

Sad isn't it? We've been watching St. James Newport Beach - this is a long journey. One still hopes that TEC will stand-down from scorched-earth litigation strategy - as we know, many of the churches that were taken over by Episcopal dioceses are now for sale or empty. The Diocese of Virginia has plans to sell of the properties not consecrated (and much of the properties are not consecrated) to pay off it's litigation debts. But there seems little sign any sort of stand-down is possible in the near-future, but one does hope. What a tragedy for the Episcopal Church. Perhaps the next generation will do better.

The properties you refer to in Virginia are largely unimproved land and other holdings not used for worship purposes, BB. A tragedy for the Episcopal Church would be for the notion to get into wide circulation that when a person leaves, he/she can just grab stuff on the way out. I know of no situation where any litigation has occurred except where people who, for a variety of reasons, some of them quite estimable, have decided to seize things. The litigation that everyone decries is completely reactive to that sort of behavior, behavior that is totally unnecessary and avoidable.

BTW, what happened at St. James? Did the Supreme Court deny certiorari? That would not be at all surprising. The only way that I thought they might grant cert was if they looked out and saw a number of these cases headed their way from different jurisdictions. But it is not their way to act anticipatorily (is there such a word) like that.

Another tragedy for TEC is that it takes an implied trust such as the Denis Canon to (attempt to)slow the stream of people leaving.

The Denis Canon may, in some cases, have some effect on the decision to stay or to leave, but I think those cases will be very few. Here in Western New York, where state law supports the Denis Canon, people have made the conscientious choice to leave and have walked away from the buildings in which they once worshipped. Comparing the Denis Canon to the Berlin wall is, IMV, an insult to those who suffered under Soviet oppression. As difficult as things may be for traditionalists, the comparison is inappropriate.

No, there won't be a standdown. The case is too important to too many folks and churches to stop. Look at the amici on the side of the Diocese.

And I agree - you better practice writing something for the day the Virginia case goes their way, not yours.

What some of you may not understand is that we are talking about properties have congregations of over 1,000 people.

The properties include the church building(s) but also many other buildings and land and homes. We're not talking about the little Episcopal Church with the red door - these are properties that have schools and education buildings and parkinglots. There is no way that the Diocese is going to be able to afford the upkeep of all these buildings (and even the parkinglots, as this winter has proven to be enormously expensive and yet the people of our congregations have been extraordinarily generous) - much less pay the staff to keep the churches in operation. 815 may not have completely grasped the scope of the Virginia churches or that thousands of members give generously to those churches, they are not endowed. The Anglican District of Virginia alone could be a medium sized diocese in TEC even now (and it's still growing) and is certainly far larger than, say, the Diocese of Nevada. The buildings in question are not just the churches, but the many buildings that are used to sustain and encourage the ministry that goes on inside them.

Please come visit us some time - you can see for yourselves. And you are all welcome.

"Comparing the Denis Canon to the Berlin wall is, IMV, an insult to those who suffered under Soviet oppression."

The significance of the Berlin Wall is that a regime had to use repressive methods to keep its citizens from fleeing. The analogy fits.

To say that my analogy was an insult to those who suffered under the Soviets seems to be reaching to find a reason to be offended.

Since neither us suffered under Soviet oppression, I guess we don't knowhow their suffering compares with the troubles that traditionalists have endured. I return to my original comment, i.e., that the Denis Canon, unlikely the Berlin wall, has not kept any traditionalists from leaving. As one of my friends who serves our local Anglican Chapel suggested to traditionalists: If your consciences make departure necessary, turn over the keys and the bank books and walk away unencumbered.

RalphM - I don't think anyone regards the Dennis Canon as a deterrent to people leaving. I don't think it would have any effect one way or another on someone who thought it inadvisable for any reason to leave to join a new church or a new denomination. The only people who might be influenced by Episcopal canons or discipline are not those who have decided to leave. They are the ones who have decided to stay. The Dennis canon is simply an internal governance document within the Episcopal Church.

BB: What possibly do things like parking lots and houses have to do with this? Is your point that the more extensive and varied the property, the more likely it is that people leaving a church can keep it? I keep asking what the principle of ownership is that determines why those who leave a church can keep things and those who stay cannot. I sure haven't seen any cogent answer to that question.

Since they want them so badly and given all the legal mess, let 'em have the buildings.....hardly anyone comes to hear about 'ubuntu' etc so revisionists need assets to sell to fund more years of decline (look at the great state of NH, just around 10k people in TEC churches....'ubuntu'??) We do not have to deal with decline and have better things to be spending our time on (that is, ministry) so we can afford to give up buildings.....the church is not the buildings it meets in!

If the departing congregations prevail in VA, I believe there will be a significant number of other VA churches (of several denominations) that will sever ties with their national denominations and elect to keep their properties.

For you from outside the northern VA area, it is not simple to just find a new piece of land. In my particular county, half a million dollars an acre is not unusual if you can find enough acres to build on. The county is built out. Loss of buildings for a large congregation will likely mean the end of that congregational unit.

One of many unfortunate facts is that some or all of the departing congregations could have still been worshiping in the facilities now claimed by the departing churches. Negotiations were underway in saeveral locations to allow such use until the lawsuits were filed by TEC/DioVA.

My last paragraph above has suffered from my typing and correction skills. It should read:

"One of many unfortunate facts is that some or all of the remnant Episcopal congregations could have still been worshiping in the facilities now claimed by the departing churches."