Interview with the new Episcopal Bishop of Washington

There are some major political theological red flags that Jeff Walton rightly points out do not appear to bode well for the future of the Episcopal Diocese of Washington.  At some point, can we continue to wantonly dismiss what scripture says about stuff and not wonder why millions - yes, millions - have abandoned The Episcopal Church?

Yet what stands out here for me is that the Rt. Rev'd Dr. Mariann Mariann Budde's  public priorities are in some ways quiet different from what the political activists have been doing to drive the church into the ground for the past forty years.

She seems to recognize that the techniques of Saddleback Church should not be dismissed (and let's not equally dismiss her courage in actually going to Saddleback when Episcopal activists continue to robustly denounce Rick Warren for supporting a biblical view of sexual expression), but she does seem to think they are techniques and that the content is easily swappable. 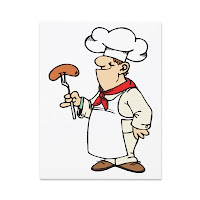 How wise is it then to return from Saddleback only to take the old cans of decaying progressive sausage off the shelf that millions of Episcopalians have rejected, simply swap them into a brightly colored Saddleback wrapper and serve it for supper proclaiming it's new and improved?

If we have learned anything in the past couple of years around Washington it is this: caveat emptor.

That being said, there is a telling response in this interview about why she drifted away from following Jesus as the way, the truth, and the life.  She had made a profession of faith to follow him, but later was troubled:


My heart was a lonely place. And the idea that Jesus would want to come into my heart — that was life-changing for me. . . . At the same time, I could not make sense of what they were saying: that there was one narrow path to salvation, and if you didn’t take it, you’d be denied. -Mariann Buddle 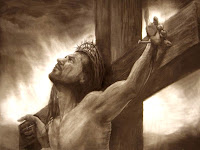 It is not wise to simply dismiss this issue either.  Many hearts are indeed in lonely places.  Episcopal leaders have recognized this and have sought to be kind and caring.  Yet this misunderstanding of the work of Jesus on the cross and His resurrection is so darn sad - it is tragic.  This is what she heard, but this is not what scripture says, it's not the context.  God doesn't make the road narrow to trip us up - in fact, He promises to go with us and He doesn't discriminate on who He will go with on the road.  He won't force Himself on us.  We just need to ask.  He will not, no He will not abandon us.

So many other clerical leaders in the Episcopal Church have turned to other paths rather than face this issue head on.  It is an amazing passage and one that seems more applicable to our current situation now more than ever.

We start from the final verses of Matthew 6:


33 But seek first his kingdom and his righteousness, and all these things will be given to you as well. 34 Therefore do not worry about tomorrow, for tomorrow will worry about itself. Each day has enough trouble of its own.

And then we go to what Matthew 7 actually says:


1 “Do not judge, or you too will be judged. 2 For in the same way you judge others, you will be judged, and with the measure you use, it will be measured to you.
3 “Why do you look at the speck of sawdust in your brother’s eye and pay no attention to the plank in your own eye? 4 How can you say to your brother, ‘Let me take the speck out of your eye,’ when all the time there is a plank in your own eye? 5 You hypocrite, first take the plank out of your own eye, and then you will see clearly to remove the speck from your brother’s eye.
6 “Do not give dogs what is sacred; do not throw your pearls to pigs. If you do, they may trample them under their feet, and turn and tear you to pieces.

7 “Ask and it will be given to you; seek and you will find; knock and the door will be opened to you. 8 For everyone who asks receives; the one who seeks finds; and to the one who knocks, the door will be opened.   9 “Which of you, if your son asks for bread, will give him a stone? 10 Or if he asks for a fish, will give him a snake? 11 If you, then, though you are evil, know how to give good gifts to your children, how much more will your Father in heaven give good gifts to those who ask him! 12 So in everything, do to others what you would have them do to you, for this sums up the Law and the Prophets.


The Narrow and Wide Gates

15 “Watch out for false prophets. They come to you in sheep’s clothing, but inwardly they are ferocious wolves. 16 By their fruit you will recognize them. Do people pick grapes from thornbushes, or figs from thistles? 17 Likewise, every good tree bears good fruit, but a bad tree bears bad fruit. 18 A good tree cannot bear bad fruit, and a bad tree cannot bear good fruit. 19 20 Thus, by their fruit you will recognize them.

21 “Not everyone who says to me, ‘Lord, Lord,’ will enter the kingdom of heaven, but only the one who does the will of my Father who is in heaven. 22 Many will say to me on that day, ‘Lord, Lord, did we not prophesy in your name and in your name drive out demons and in your name perform many miracles?’ 23 Then I will tell them plainly, ‘I never knew you. Away from me, you evildoers!’


The Wise and Foolish Builders 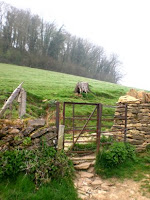 We can't just pick out bits and flip out - that's true for all of us, all of us.  These are the words of Jesus himself.  The description of the narrow gate is His. Narrow gates are funny things.  Yes, it's true they take some navigation to get through - but if you are a sheep that could be a good thing.

We so often remake the gospel to fit into our own image.  That is true for all of us as well, progressive and evangelical, liberal, or traditional.

We do not need to continue to build our houses on sand, not now, not ever. Caveat emptor.


Q: What’s the framework for an outsider understanding your election and what it says about the Episcopal Church in 2011?

A: I’d start by talking about the renewing and rebuilding of the core structures of mainline religion. . . . These are potential channels for people in this country to connect to transcendence and the spiritual basis of life we call God . . . in a way that our forebears, and certainly the generations just before us, took for granted and assumed would always be there . . .

I was elected because I’ve spent most of my time in one context: a church that needed to be rebuilt . . . What do you keep? What do you throw away? Those are really challenging questions.

Q: Why was it so compelling for Washington area Episcopalians to hear you speak frankly and optimistically about this? Is there a hesitance among people to deal with this?

A: It’s a generational thing. My generation of people coming into the bishop’s role are much more blunt than our immediate predecessors . . .

People are working really hard, and they care passionately about being engaged in every public arena. They want to change the world, and so do I. But what about when the foundation you’re standing on is crumbling and can’t hold all the things you want it to?

There needs to be things like children’s ministries, strong pastoral care and a life of the community [that] people can be welcomed into. Buildings need to be beautiful and in good shape, welcoming . . .

In Minneapolis in 2007, when the bridge collapsed, it became a core metaphor for us. Bridges aren’t supposed to fall down. It made us all look at core institutions in a different way.

Q: What shape is the Washington Diocese in?

A: A much better place than the rest of the country. This is a very vibrant diocese, but the trends of decline are here in a muted way. . . . It’s years of steady decline. It’s like when school departments say they’ve trimmed back all the fat and are moving to the muscle.

Q: What are your goals here in Washington?

A: The role of churches in immigration reform and creating paths to legitimacy . . .

The role of spirituality in the lives of young adults, because of my own personal history — I’m the mother of two young adults — and because this is the young-adult capital of the country. There are more here in that idealistic, vocation-searching, relationship-searching stage. What better time to be engaged with a spiritual foundation undergirding all that?

Q: You have said your “first conscious experience of Christ” was as a teen in a fundamentalist community. Can you describe that experience?

My heart was a lonely place. And the idea that Jesus would want to come into my heart — that was life-changing for me. . . . At the same time, I could not make sense of what they were saying: that there was one narrow path to salvation, and if you didn’t take it, you’d be denied.

Q: The Washington diocese has grown in the past decade from three to seven Latino congregations. You are a Spanish speaker. How will this community change the Episcopal Church?

A: Spanish-speaking people [are] drawn to the Episcopal Church. We are similar in manner of praying as Catholics, but we have a very different, democratic organizational structure, with local autonomy. Decisions like the ordination of women, priests can be married — they like these things. . . .

The thing I’m happiest about is the lay Latino leaders are much clearer about their own faith stories and are more comfortable praying together than I experience [with] the stereotypical Episcopalian.

Q: You are open to a range of ideas and have even done a training with the conservative evangelical megapastor Rick Warren.

I want to build up the liberal church again so we can be a legitimate conversation partner in the public arena religiously, because now it’s dominated by evangelical Christians and what many would call the Christian right, and I would agree. It’s legitimate for them to be there, but they’re drowning us out. They’re better at organizing churches than we are, and I’m going to change that!

Well I watched that so-called consecration and the only thing missing was snake-handling.

The Episcopal Church signed its own death warrant when it jettisoned the 1928 BCP and started ordaining women. It's been steadily downhill since then.

I sometimes take my kids to the NatCat to enjoy the grounds -- with a stern warning to stay away from anyone in vestments.

For goodness sakes, keep them out of the bookstore...