Note the differences in how this new church is marketing itself, as opposed to what what the boomer liturgical unitarians in The Episcopal Church have emphasized in the past few years.  Something is happening here and we should probably pay attention, friends.  From here: 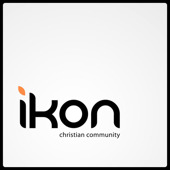 “You’re not the first one to say that,” Monts, 32, said in an interview, laughing at the observation. “Fifty percent would consider themselves to be hipsters, but, of course, the first rule of being a hipster is not calling yourself a hipster.”

What they do call themselves is Christian. And beyond the hipster appeal, Ikon also embraces another San Francisco trend: it is a start-up.

Founded just over two years ago, it has grown from a handful of worshipers meeting in a private home to 120 members meeting at The Hub, a work space for fledgling tech ventures in The San Francisco Chronicle building in SoMa. Two services are held every Sunday ...

...Successfully attracting young adults to a church is unusual. “Most mainline denominations have really lost that group,” Dr. Peters said, adding that a church would need to have “liberal social ethics.”

Ikon has its liturgical roots in the Restoration Movement, a nondenominational, nonhierarchical faith started in the United States in the early 19th century.

But little of it seems traditional: Sunday readings were from an iPhone, contemporary songs replaced hymns, a video screen showed a popular YouTube clip during the sermon and techno music thumped for the recessional. Ikon uses Twitter, Facebook, sleek Web sites and advertising campaigns in transit stations to promote its message.

The church’s tenets include a devotion to the arts, openness (gay men and lesbians are welcome), environmental causes, and addressing tough social issues, like outreach to the city’s sex workers.

Monts said the church was trying “to tackle some of the injustices in the city.”

“Christians have a bad rap, especially in a city like this,” said Luke Spray, 22, a San Francisco State University student and church member. Spray noted the sidewalk preachers nearby on Market Street who shout and hold signs telling passers-by that hell soon awaits. “I think that’s terrible,” he said.

Instead, Ikon focused on “caring about the earth — caring about each other,” Spray said, and added, “Maybe that doesn’t look the same as the Bible Belt.”

Read it all here.  It's been picked up by the New York Times here.  Read more about Reunion Christian Church here.  I would like to understand how the churches are governed - don't want to the tinfoil to go off.  Read more about the Restoration Movement here.
Posted by Unknown at 5:08 PM

I'm not sure that I see a whole lot of difference between this and what is going on here (and has been for years) in Mark Batterson's church - the National Community Church. Also, maybe they don't want to be called a denomination, but the Restoration movement, when you read the "statement of faith" or creed, is Baptist. Or show me where they disagree with the Baptist.

Do we baptize infants or only adults? Do we use wine for communion or grape juice? Is Christ truly present in the elements of the Eucharist or is it only a memorial and symbolic? What a person believes about those things makes a difference. If I believe that the bread and wine become the Body and Blood of Christ (even if I can't explain how) and you don't, how can we be "in communion" with one another? If a piece of that bread drops on the floor, I will reverently pick it up , you might see nothing wrong with vacuuming it. To me the horror of Christ being vacuumed will insert a wedge between us. The interpretation of the Bible will make a difference in what is believed.

It is important to remember that the Church came before the Bible. It was the Church, through the guidance of the Holy Spirit, that determined what was canon and what was good (or bad) writing. It is the Church that has preserved the truth and pointed out heresy. So where do you find the Church that will explain these things to you properly? Can Luther do this? Calvin? A Pope? What is "the Church?"

The idea that the New Testament Church has to be "restored" is a reaction to the divisions seen in Catholicism and various Protestant churches. So there is an attempt to recreate that church.

This is what Peter Guilquist and others tried to do as related in the book "Becoming Orthodox: A Journey to the Ancient Christian Faith." In 1968 a group of people from Campus Crusade for Christ "wanted above all to be the New Testament Church." They saw themselves as reformers like Luther and Calvin. They wanted to get the church back to what it should be.

They studied the New Testament and the writings of the early Church fathers to see what it was like. They studied Church history, worship, doctrines. They eventually started the Evangelical Orthodox Church based on what they learned from all those studies. (The early church, unlike the present day Baptist and non-denoms, baptized infants, they believed in the real presence in the Eucharist, and unlike the majority of Lutherans, Anglicans, and Presbyterians, they baptized by immersion, just to name a few differences with today's Protestants and probably some of the Restoration folks)

In the end, what they did was recreate the Orthodox Church without realizing it. When they discovered that the New Testament Church already existed in the form of Eastern Orthodoxy on 15 February 1987, 60 priests and deacons and 200 faithful were chrismated into the Orthodox Church.

I have no idea what "boomer liturgical Episcopalians" have been doing the last few years, so can't comment on that. I do find it interesting that they are using as their "motto" (?) Love Wins which is the title of Rob Bell's book which may or may not be promoting universalism depending on who you ask.

OK - I give up. Who are the "boomer liturgical unitarians" in the episcopal church, why are they relevant to this article, what are the differences between them and this here Ikon group, and why do comparisons with the Episcopal Church zoom to the forefront as opposed to comparisons with other Christian outreach programmes?

BB, I keep checking back here, but you have never answered the first question: