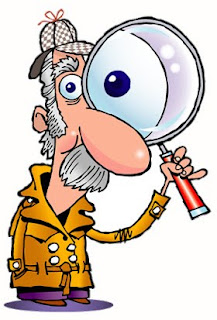 This group is slated to meet later this month in London, but is reeling from several high profile resignations in recent weeks.  Explanations for those resignations - and some apparent non-resignations - has not been forth coming. New members seem to be popping up as quickly as former ones resign - with no explanation on how that is happening.

Dr. Steve Noll has done some sleuthing in comments over at Kendall Harmon's T19.  And he has some important questions.

First off, he compares membership of the last three meetings of this group:

Dr. Noll then reminds us that "the SC is composed of 5 Primates chosen by the Primates’ Meeting (with Abp. of Canterbury as ex officio member). There are supposed to be nine ACC members appointed/elected by the full ACC membership."  He accepts the explanation from the Episcopal News Service about how Canon Trisk suddenly shows up on the roster:


Trisk was elected at the last Standing Committee meeting to replace Nomfundo Walaza, also from South Africa, and Sarker is the elected alternate for Middle East President Bishop Mouneer Anis, who resigned his membership in February saying that his presence has “no value whatsoever” and that his voice is “like a useless cry in the wilderness.”

Dr. Noll then asks, "by what authority did the Standing Committee elect Canon Trisk in December and by what provision does Bp. Sarker automatically succeed Bp. Mouneer?"  The minutes remain unpublished (and what's up with that????).  Never mind the minutes, even the Articles remain unpublished, so there is no way of knowing how Archbishop Orombi has suddenly disappeared off the slate (he has not officially resigned).

This group is supposed to meet July 23-27 in London - a group that includes the Presiding Bishop of The Episcopal Church who is now on a global press tour (gotta wonder about the the carbon footprint on that trip).  It is all quite curious, very curious indeed.

It isn't curious, it's just plain dark, dark as night. We should pray for all present. It's downright dangerous in multiple ways.

Sin is lawlessness. I John 3:4

When people have no respect for God's Holy Word/Law/Statutes/Precepts, they will not respect any other law/canon/constitution.

Their agenda (to push pansexuality and syncretism) is their god and supercedes any and every other thing, person, loyalty.

What about the Georgia litigation loss?

Hi,
I am Sandra, a supporter of UNICEF since 2005. I am running a non-profit site about UNICEF in order to spread the awareness about the significance of UNICEF. Recently I have come across your site and I found it very interesting and worth reading. Well I would like to exchange your site link with my site. Since my blog is based on regular news updates on UNICEF, I believe it would surely help the readers to be more effective if I get your site’s link. You are now enrolled in my blog (Kindly visit: “http://www.unicef-org.blogspot.com/”). I wish you could place my blog in your site with a title “Children’s Aid at UNICEF”. Thanks for spending your precious seconds.

What happened in Geogia?

Are these resignations - perhaps - an indication that leaders in some churches of the Communion have no interest in the Communion as it now constituted? Will they only return to active participation when its purity is restored? Just wondering.

Christ Church, Savannah's loss in the trial court was affirmed by a higher court. No surprise, really. The argument that "we were here before the diocese" got firmly rejected.

So,if this means that Christ Church has been recovered by the TEC it would be good news indeed.

It's an intermediate court of appeals, so there is an appeal left for the splitters.

It is one more sign that the splitters cannot have their cake and eat it too.

May we keep the smugness down to a dull roar? Celebrating litigation is not good for the tummy. And the reality we are facing is major division. Remember, the Virginia Supreme Court found that the Episcopal Church is in schism. Not happy news, folks - not at all.

Hagrid works in stealth, too?

Anonymous said...
The Court found there was a division. So you got your points there. But, as you too well know, the Court found that the artifice created by Minns et al., to which the CANA churches were led by their clergy, was just that - an artifice. And the result was that the Division Statute law suits filed by the CANA churches were dismissed.

My questions is why, BabyBlue, do you never comment on anything but positive (for you) litigation news? Because the reality is that the vast majority of those cases are going against your folks.

And when you say it is "not happy news...not at all" do you, in fact, own your part in helping create this fight? If not, look yourself in the mirror tomorrow and ask yourself the question honestly - am I to blame? The answer is, most assuredly, yes.

So the follow up question is what, Babyblue, will you do to heal it besides dumping vitriol on your (so you claim) brothers and sisters?


Anonymous said...
Wow. I'm sure that will be deleted, but wow. I won't forget that.

If the "Anonymice" want to crow, go and do it at an in-your-face "reasserter" site. You all know exactly where I mean. Legally and ideologically, I believe that the Georgia appeals court made the right decision, but BB is a good, charitable person & does not deserve to be trolled on a topic which is presumably causing her some distress. Behave!

Thanks Lapin - the cafe is grieving tonight. Appreciate some gentleness over the next few days.

Looks like it'll be another recovered church to turn into a mosque (excuse me, "Islamic Awareness Center"), or a dog training school, which is what the former St. Bart's in Western NY is now.

Unprovoked triumphalist crowing is unattractive, regardless of the side of the aisle from which it comes, BB.

Islamic Awareness Center? Can't we put that argument behind us?

Daniel Weir - "Can't we put that argument behind us?" Maybe you're tired of hearing it and it's easy for you to put it behind you, but no, "we" can't. Matt Kennedy can't, others who've been thrown out of their churches can't, BabyBlue being sued when all agree you don't sue volunteers - she can speak for herself. It is just one more example of how un-Scriptural and mean-spirited TEC is.

1. I misspoke when I used "argument," because what I really should have written was "prejudicial language." I think the litigation issue is worth discussing, but I think that the question of what group buys property from a diocese is generally irrelvant.

2. Volunteers can - and must - be sued in certain situations. In NY the corporate names of parishes are generally "The Rector, Wardens, and Vestrymen of...." By agreeing to serve on Vestry in NY one accepts the possibility of being sued. I don't know what the legal titles are in Virginia, but I suspect they may be similar.