J.K. Rowling writes of her favorite scene in the final book of the Harry Potter series in honor of the Prince of Wales 60th birthday 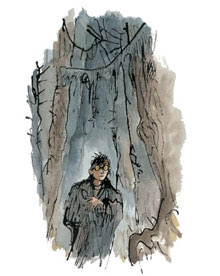 I admit that, at first glance, the extract I've chosen for The Birthday Book might not seem particularly celebratory, given that it has for its subject my hero walking to what he believes will be certain death. But when Harry takes his last, long walk into the heart of the Dark Forest, he is choosing to accept a burden that fell on him when still a tiny child, in spite of the fact that he never sought the role for which he has been cast, never wanted the scar with which he has been marked. As his mentor, Albus Dumbledore, has tried to make clear to Harry, he could have refused to follow the path marked out for him. In spite of the weight of opinion and expectation that singles him out as the "Chosen One", it is Harry's own will that takes him into the Forest to meet Voldemort, prepared to suffer the fate that he escaped sixteen years before. 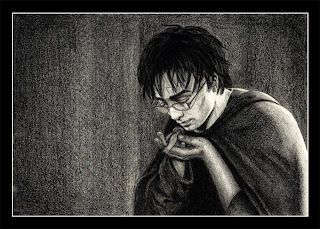 The destinies of wizards and princes might seem more certain than those carved out for the rest of us, yet we all have to choose the manner in which we meet life: whether to live up (or down) to the expectations placed upon us; whether to act selfishly, or for the common good; whether to steer the course of our lives ourselves, or to allow ourselves to be buffeted around by chance and circumstance. Birthdays are often moments for reflection, moments when we pause, look around, and take stock of where we are; children gleefully contemplate how far they have come, whereas adults look forwards into the trees, wondering how much further they have to go. This extract from Harry Potter and the Deathly Hallows is my favourite part of the seventh book; it might even be my favourite part of the entire series, and in it, Harry demonstrates his truly heroic nature, because he overcomes his own terror to protect the people he loves from death, and the whole of his society from tyranny. 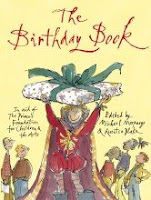