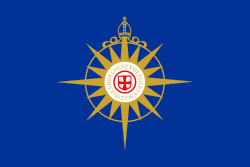 The twin trajectories of The Episcopal Church and of the Anglican Church of Canada away from any Communion-requested restraint on matters of moral order and legal prosecution have made permanent a widespread separation of parishes from their historic geographical dioceses in the United States and Canada. Now these alienated parishes representing the moral (and theological) mainstream of global Anglicanism are being joined (or are about to be joined) by the majorities of four former Episcopal Church dioceses: San Joaquin in California, Pittsburgh in Pennsylvania, Quincy in Illinois and Fort Worth in Texas. The reality of a significantly disintegrated North American Anglicanism now stretches from coast to coast and from the Arctic to the Rio Grande.

Given the ruthlessness with which those who have stood against the progressive agenda of TEC and the ACC have been treated – lately symbolized by the deposition of the Bishop of Pittsburgh – the possibility of achieving the Windsor Continuation Group’s goal of "holding" for eventual reunion is remote indeed.. Moreover, there is scarcely a parish or diocese that has endured the travail of separation (whether forced or chosen) that would not describe the North American Anglican scene as characterized by "two irreconcilable religions."

The conclusion of the Global Anglican Future Conference was that the time for the recognition of a new Anglican Province in North America had arrived. Not surprisingly in the months since the Jerusalem Conference – and encouraged by the Primates of the GAFCON Movement – the Common Cause Partnership in North America has moved to structure itself in just this way. The goal of describing by December 2008 a "recognizably Anglican provincial structure" has been adopted by the Lead Bishops Roundtable (Executive Committee). A Governance Task Force, chaired by a former chancellor of the Diocese of Virginia and composed of significant leadership from all the Common Cause Partners, is hard at work.

Across the Communion many have expressed deep concern about what the Archbishop of Canterbury has called "the inter-provincial model" emerging in present-day Anglicanism. This inter-provincial model is characterized by overlapping claims of jurisdiction ("border-crossing") within the U.S. and Canada by Anglican Provinces external to the U.S. and Canada. Is there a preferable alternative?

Were the Communion to bless – in some quarters enthusiastically and in some quarters reluctantly – the formation of a new "mainstream" North American Province the need for temporary rescue measures by mainstream Anglican Provinces like Kenya, Nigeria, Rwanda, Southern Cone and Uganda would be ended. With the creation of the new North American Province at least one of the WCG’s chief challenges ("border crossing") would evaporate. In fact, the anomaly of a new mainstream Province of the Anglican Church in North America overlapping two rogue provinces, The Episcopal Church and the Anglican Church of Canada, would prove far more stabilizing and manageable for the entire Communion than the present alternatives.

Nothing would immediately change about the 22 Anglican Provinces that are in broken or impaired Communion with TEC and the ACC – and the scandal of one North American Province not in Communion with two others would be obvious. Nevertheless, such a course of action would alone allow the Windsor Continuation Group and the historic Instruments of Communion to focus on address of the issues that precipitated the present crisis in the first place, narrowly defined as blessings of same-sex unions and ordination of bishops in sexual relationships outside of Holy Matrimony, or more broadly sketched as unwillingness to remain accountable to the Holy Scriptures, to the Christian moral consensus of 2000 years and to the Faith once for all delivered to the saints. Only then can communion and coherence be restored everywhere.
.
Posted by Unknown at 9:21 AM