Question: What if it's more about class than race? 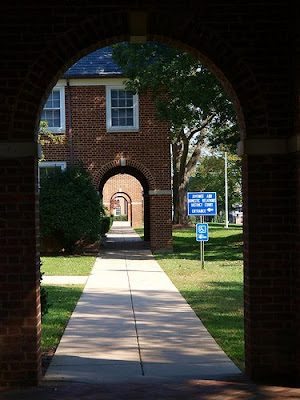 It's on my mind because my home parish is caught up with some major challenges coming from the local City of Fairfax over our hosting Love the World Fellowship on Sundays for worship and a community meal (last week's meal was provided as a gift from the excellent Brion's Grille in Fairfax).

Truro was charged by the City's zoning administrator with "serving charitable meals" in a residential area (never mind the church has been on the property since the 1840s, long before the city itself was established and it was just a dusty crossroads with a courthouse). Fortunately the Board of Zoning Appeals overturned that ruling. Unfortunately, the City Council is considering appealing that ruling to the Circuit Court (and let's not get into the federal issues that would spring from that regarding the Constitutional freedoms of free religious exercise, especially in a church that's been "serving charitable meals" inside the current building for the last fifty years!). In fact, a member of the Board of Zoning Appeals reminded his fellow members that the very nature of church worship involves a meal and he was right. It's at the heart of who we are as Christians.

But it's not about serving charitable meals, is it? Is it about race - is it about the fact that the vast majority of those who are participating in the worship and the meal are men and women of color? Perhaps. But reading Camille Paglia's piece tonight causes me to pause and wonder if it's not completely about race, but about class. For these aren't just men and women of color, these are men and woman who are homeless.

Fairfax City has just been awarded the distinction of being the #3 best place to live in America. It has changed remarkably in the past few years and the downtown is now a series of restaurants and a few shops, though it has been hit hard by the current recession. Even so, it's a wonderful place to be.

There's a spectacular new public library and a new post office and a brand new courthouse as well all inside the city limits. Trees have been planted, street lanterns have been lit, and new homes have been built inside the city limits. It is a beautiful place to live - but for whom? What is the ambiance that is being created and for whom? Are all welcome here or it implied that the spectrum is narrow? Its' true, Fairfax City does feel more like Palo Alto these days than a pass-through for DC commuters heading to Middleburg. And seeing lines of homeless men and women waiting to get into church does not exactly fit the bill of the #3 City in the nation.

In that vision, though, is there no room for the poor and if so, at the end of the day, is that really a beautiful city?

Here's an excerpt from Camille Paglia's latest column, where she asks the question if we're dealing with issues of class - in a country that is not supposed to be about class:

Obama made the terrible gaffe of declaring that, even without his knowing the full facts, Cambridge, Mass., police had acted "stupidly" in arresting a friend of his, Harvard professor Henry Louis Gates Jr. Obama's automatic identification with the pampered Harvard elite (wildly unpopular with most sensible people), as well as his insulting condescension toward an officer doing his often dangerous duty, did serious and perhaps irreparable damage to the president's standing. The strained, prissy beer summit in the White House garden afterward didn't help. Is that the Obama notion of hospitality? Another staff breakdown.

Both Gates and Obama mistakenly assumed that the original incident at Gates' house was about race, when it was about class. It was the wealthy, lordly Gates who committed the first offense by instantly and evidently hysterically defaming the character of the officer who arrived at his door to investigate the report of a break-in. There was no excuse for Gates' loud and cheap charges of racism, which he should have immediately apologized for the next day, instead of threatening lawsuits and self-aggrandizing television exposés. On the other hand, given that Cambridge is virtually a company town, perhaps police headquarters should have dispatched a moderator to the tumultuous scene before a small, disabled Harvard professor was clapped in handcuffs and marched off to jail. But why should an Ivy League panjandrum be treated any differently from the rest of us hoi polloi?

Class rarely receives honest attention in the American media, as demonstrated by the reporting on a June incident at a swimming pool in the Philadelphia suburbs. When the director of the Valley Swim Club in Montgomery County cancelled its agreement with several urban day camps to use its private pool, the controversy was portrayed entirely in racial terms. There were uninvestigated allegations of remarks about "black kids" made by white mothers who ordered their children out of the pool, and the racial theme was intensified by the director's inept description of the "complexion" of the pool having been changed -- which may simply have been a whopper of a Freudian slip.

Having followed the coverage in the Philadelphia media, I have lingering questions about how much of that incident was race and how much was social class. Urban working-class and suburban middle-class children often have quite different styles of play -- as I know from present observation as well as from my Syracuse youth, when I regularly biked to the public pool in Thornden Park. Kids of all races from downtown Syracuse neighborhoods were much rougher and tougher, and for self-preservation you had to stay out of their way! Otherwise, you'd get knocked to the concrete or dunked when they heedlessly jumped off the diving board onto our heads in the crowded pool.

In general, middle-class children today are more closely supervised at pools because the family can afford to have a non-working parent at home -- a luxury that working-class kids rarely have. What happened at the Valley Swim Club, whose safety infrastructure was evidently also overwhelmed by too many visiting kids who were non-swimmers, may have been a clash of classes rather than races. Were the mothers who pulled their kids out of the pool that day really reacting to skin color or what they, accurately or not, perceived to be an overcrowded, dangerous disorder? The incontrovertible offense in all this, which went unmentioned in the national media, was the closure for budgetary reasons by the city of Philadelphia this summer of 27 of its 73 public pools. There is no excuse for that kind of draconian curtailment of basic recreational facilities for working-class families, sweltering in the urban summer heat.

Read it all here. What happens when two hundred homeless men and women and their children gather inside a church in the City of Fairfax for worship and a meal on a Sunday afternoon? Does that make the city worse for it?

Or does it in fact make it a real city with real people with real needs, a beautiful city, a city that welcomes all.

I too believe class is a significant factor, but race can intensify the class elements. We often forget that slavery, and segregation after it, was an economic system. Racial attitudes and prejudices were used(still in some cases) to reinforce those economic structures. Blacks were America's version of the untouchables - they occupied (and in the minds of many occupy) the lowest caste in our society. We often forget, we had black jobs - work that only blacks did. That it was actually believed that it was beneath the dignity of the poorest white man to do that particular job. Vice-versa for a black person to behave or think outside of his caste was considered unseemly. He would be decribed as uppity, arrogant or crazy.
A study was recently done that demostrated tha bright and ambitious blacks must be careful not to project those qualities to forcefully, or those old demons will raise their heads.

As someone who only passed up communism because of the atheism (and that is a BIG deal) I still can't get over how "bourgeois" so many of our supposedly "progressive" people really are. I think it explains why it has taken so long for the Democrats to get back into the saddle politically, and why they struggle to connect (as is blatantly obvious in the health care debate) with the people they're supposed to want to help.

You're right, a "real city with real people with real needs, a beautiful city...welcomes all."

The use of the word "class" is frankly inaccurate and misleading. Class cannot be purchased, one is born with it or not.

Having money does not equate with class. Years ago, a bartender in London said "money doesn't care who owns it anymore".

A person with class would never act in the way that the clown with money acted in Cambridge. The word elite more accurately describes the reality, not race or class. The highly entitled appear from congress to Harlem.

Of course, a homeowner would also appreciate the police coming out to check up on the property rather than taking offense at being asked for ID.

Regarding serving meals to the homeless: While serving a charitable meal is a lovely church behavior, it is not helpful for the homeless to have to traipse all over the county or counties to various locations for different meals on different days of the week. The homeless need their meals served at one location so that their lives do not revolve around planning travel to the various meal locations.

Although the service that your church is providing sounds wonderful, bb, I would think that the homeless would actually be better served by organizing various churches to bring all the meals for the week to one location.

Truro is not just providing meals to the homeless, but we are providing a church service, which also serves a meal. This is something that the Mayor and City Council cannot seem to understand that it goes beyond the serving of a meal. It is feeding the soul as well, which hopefully is what churches are supposed to do. Giving people something or rather Someone to hope in goes way beyond just giving them a meal.