One of my most-favorite poets and creative essay writers is Joseph Brodsky. There are many videos of him online reading and speaking in Russian. This is one of the few of him reading his poem, Odysseus to Telemachus in English.

I wrote about Brodsky three years ago: 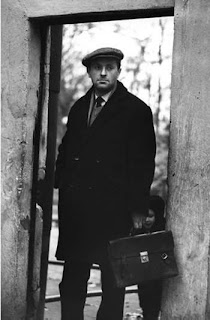 I remember the night I met Joseph Brodsky. I had gone to an evening reading where he was reading his poetry. I had taken my copy of his collected essays Less Than One for him to sign. After the reading I went up to him to get the book signed. People ahead of me all had their brand new copies of his books to sign and I realized - with some horror - that my copy was so worn from my constant reading and re-reading, full of underlined passages and my comments in the margins, it was nearly falling apart. It was bent and dogeared and I thought, oh my God, why didn't I have the sense to go get a new copy? But it was too late and suddenly it was my turn to face the poet.

He took my copy in his hands and turned it over and over and over again. I realized that others standing around were also watching and I wanted to disappear into the floor. What was he doing? Then he looked at me and smiled, really smiled. I was astonished. Why was he smiling? Finally, he opened to the first page, paused a moment, then wrote something more than his name.

"To Mary," he wrote, "from the man behind these words. Joseph Brodsky."

I didn't realize it until that moment, but I had paid him the highest compliment. He handed me back the book, laughing. I wasn't just a reader. I was his student.

He came to mind tonight and so again we toast his memory. He left us too soon. More posts on Brodsky here. Here's one from 2007: 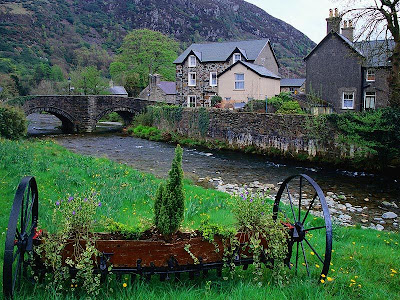 Stone Villages
The stone-built villages of England.
A cathedral bottled in a pub window.
Cows dispersed across fields.
Monuments to kings.

A man in a moth-eaten suit
sees a train off, heading, like everything here, for the sea,
smiles at his daughter,
leaving for the East.
A whistle blows.

And the endless sky over the tiles
grows bluer as swelling birdsong fills.
And the clearer the song is heard,
the smaller the bird.

I love the story about the autograph!!

BTW, did you see I am having a poetry contest for Anglicans?

Beach, can you send me the link?

Sure, here is a link about the Anglican Poetry contest.

And this link is for an animated gif banner.