A terrific interview with the former Archbishop of Canterbury, Rowan Williams by Melissa Steffan with Christianity Today is now online. Rowan says:


"We've gotten past the stage where people look down on Lewis. When I was studying theology, we certainly were not encouraged to read him, and there was a bit of embarrassment (about him). Now that's gone. People are aware, first of all, that he's a major literary scholar. His interpretations are still worth engaging with, simply as literary works. Secondly, there is something about his imaginative world which is very prophetic. For example, ecological spirituality is already kind of coming to the fore, and Lewis identified the problem over half a century ago."

What do you think the artistry of Narnia tell us about Lewis?Lewis is a brilliant storyteller; he's not one of the world's great novelists. But even so, what he does, he does wonderfully. He is always very good at depicting something about joy.
If you look at an extraordinary episode in The Voyage of the Dawn Treader, where Lucy finds herself reading a story in a magical book, when she puts the book down she can't remember the details of the story. She just knows that it's the best thing she's ever read, the most enriching and beautiful thing she's ever encountered. As she's talking to Aslan afterward she says, "Will you tell me that story again?" Aslan says, "One day I shall tell it to you forever." It's that kind of moment where you realize that Lewis has got hold of something that very few writers do manage to crystallize, a sense of absolute immersion in the richness of the moment.

It comes across in The Screwtape Letters, which still read very well, when the one, old devil says to the younger devil that God's great secret is that he's a pleasure lover at heart. At the heart of it is joy. That's Lewis all over.

A good deal of Lewis's life, of course, was marked by enormous stress and great suffering. It's not as if he had an unchallenged life. Some of the emotional force of his writing does come from his being a motherless child, looking back to that sort of magical world before the suffering broke in—and we all have a little bit of that in us.

But what he does with it then, instead of making it a cozy, backward-looking thing, he unites it to all of these great moral challenges, the challenge of facing up to yourself, the challenge of going on being faithful in prosaic ways day by day. It's really only by doing the next thing—being faithful in small particulars—that you come to this joy. It's not magic; it's not nostalgia. It's a very fine balance that he deals with remarkably.

So when he comes to write about his wife's death in A Grief Observed, which is, for many people, the most extraordinary and challenging of all his books, it's as if you know anything he says about joy or hope is hard won. It's really something that's come to him not by glib formulations or easy answers. He really has fought for it. 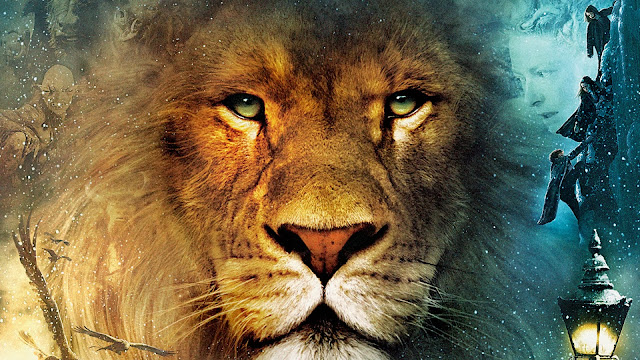 How do you think the Chronicles of Narnia differ from Lewis's apologetic and academic work?For me, and a great many others, Lewis's apologetics are not necessarily the best place to start or finish. There is implicit in everything he wrote after about 1940 the strong sense of what it is to be human and the dangers of trying to run away from your humanity. There are people who are trying to stop being human and have no sense of belonging with other human beings or the world at all. There's something about humanity being connected with humility. You accept where you are with humility, not passively or not giving way depression. But you accept that you are a bodily person living in a limited world and you get on with it there.

Your book spends a fair bit of space addressing critics who say Lewis is sexist or racist in his works. Why did you feel that was necessary?It's very easy to look at writers of another generation to say, "They should be just as enlightened as I am," with no sense that, had I been alive at that time, I might have had all the same attitudes. We have to see him in his context. Many of the clichés are really, really not true. There are many strong and independent women in his fiction. He's not easily written off on that.

Sometimes, when we look at a writer of the past, what we see are the ways in which they are like other people of their period—they share the same attitudes about politics, about sex, about whatever. But what makes them great writers, what makes us read them still, is the ways in which they were different from other writers of the same era. They have some things in common with their contemporaries, but they have a lot more to them—and it's that "a lot more" that we should be focusing on.

How have you seen Lewis's legacy change in the UK over the past 50 years?Obviously Lewis is still read by people for the apologetic and intellectual side, but for me—as well as a great many other people—that's not necessarily the best place to start or finish. Here is somebody who knew the world of English literature—and indeed, European literature—as well as anybody in his generation, who himself had a really vigorous, creative imagination. I think more and more people are aware that you acquire faith not by a great exercise of the will, not by a great exercise of the intellect, but by something that happens to your imagination when it's turned upside down.

What was the theological environment like at the time Lewis was writing? Why was he never really wildly popular among evangelicals and intellectuals in the UK at the time?He was beginning to become more popular among evangelicals by the 1960s. In the late 1960s I can remember evangelical friends of mine who were reading him. But it may well be that we've come full circle, and people are more open to an imaginative approach. What's curious is that in the '30s and '40s and '50s, you do get quite a lot of imaginative approaches to Christianity, so it's not as if there's a shortage of people doing the imaginative work. Lewis's originality was to do it with children's fiction in a way nobody else was doing it.

Conversely, I bet C.S. Lewis would love Rowan Williams, and he would also love to rip him apart in a debate.