Bob Dylan Inducted Into American Academy of Arts and Letters 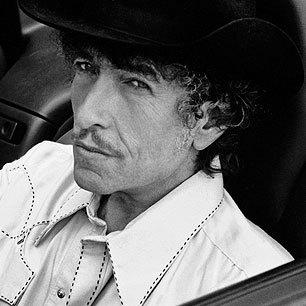 Bob Dylan was inducted into the American Academy of Arts and Letters yesterday (May 15, 2013), marking the first time a musician has been tapped as an honorary member for the prestigious award.

"I feel extremely honored and very lucky to be included in this pantheon of great individual artists who comprise the Academy of Arts and Letters," Dylan, who was unable to attend the induction in person, said in a statement read at the ceremony. "I look forward to meeting all of you some time soon."

"For more than 50 years, defying categorization in a culture beguiled by categories, Bob Dylan has probed and prodded our psyches, recording and then changing our world and our lives through poetry made manifest in song – creating relationships that we never imagined could exist between words, emotions and ideas," read the citation awarded to Dylan.

Pulitzer Prize-winning novelist Michael Chabon gave the keynote address, appropriately titled "Rock & Roll," and laughed at how he was obsessed with the opening line to Dylan's "Chimes of Freedom," in which Chabon mistook the word "toll" for something else, The Associated Press reports.