Cherie Harder, President of the Trinity Forum, comments on the decline of civil discourse online: 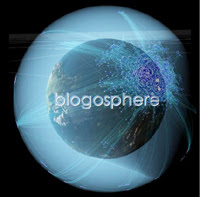 A recent study published in the Journal of Computer-Mediated Communication and reported in the New York Times sought to study what was termed “the nasty effect” – the impact of insulting comments about an article on readers’ capacity to accurately understand the article’s content.

In the study, researchers asked test subjects to read a blog post that explained the various advantages and risks of a new technology product, then read comments on that post (purportedly from other readers).

Half of the study participants were given reader comments that included either epithets or profanity. The other half of the sample read comments to the original blog article that were similar in content, length, and intensity, but were civil in tone.

Simply reading the nasty comments, the researchers found, could significantly distort what the test subjects thought the original article reported. The authors noted: “Uncivil comments not only polarized readers, but they often changed a participant’s interpretation of the new story itself…. Simply including an ad hominem attack in a reader comment was enough to make study participants think the downside of the purported technology was much greater than they’d previously thought.”

In short, a nasty comment not only changed a reader’s response to what he’d read – it changed his recollection and perception of it. As the authors concluded: “it’s not the content of the comments that matters. It’s the tone.”

As anyone who has scanned reader comments in the blogosphere knows: this is bad news – not only for civility in public discourse, but for our collective capacity to accurately understand what we are reading and viewing. Given how thoroughly nastiness has polluted the vast blogosphere, what can one do?

Certainly, an obvious place to start is to strive for civility and courtesy in correspondence and conversation – and to log in and tune in to others who practice it, rather than the predictable mudslingers.

But it is also necessary to recognize that the choice of medium through which we receive our information is not value-neutral. Whether or not one agrees with Marshall McLuhan’s assertion that “the medium is the message,” it seems almost incontrovertible that various media frame, translate, distort, and constrain the content of their message in a variety of ways. Reading a news article in a paper is different than reading it online, seeing it on television, listening to it on radio, scanning the headline via Twitter, or hearing of it from a friend. In each case, we perceive, process, analyze, remember, and integrate such information differently. Reading intelligently and understanding rightly requires attention paid to context and medium.

Another, more proactive measure is to regularly participate in forums of idea exchange that are both robust and civil, and actual and relational (as opposed to virtual and anonymous), where reason and imagination are celebrated and valued. Restricting one’s information diet largely to what is served in the polarized blogosphere may well leave one starved of the context to fully digest the larger meaning and import of an idea.

Here are some recommended readings:

Learn more about the Trinity Forum here.
Posted by Unknown at 12:13 AM

RMBruton said...
This comment has been removed by the author.
7:22 AM

Very interesting article. Many blessings to you!

I love being an obnoxious d-bag, but this article is true!