Anglican House of BIshops of Rwanda break with AMiA Bishops

Chuck Murphy was given a choice by the Anglican House of Bishops of Rwanda to either recant or resign according to news reports.  It has now been learned that Bishop Murphy has resigned.  From Anglican Ink: 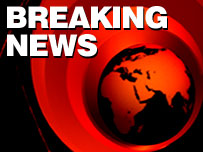 Bishop Chuck Murphy has rejected the godly admonition of Archbishop Onesphore Rwaje and he and the members of the Anglican Mission in America (AMiA) House of Bishops have broken with the Church of Rwanda.

In a letter dated 5 Dec 2011, Bishop Murphy and the AMiA House of Bishops announced that the Lord “is now doing” a “new thing” and that its bishops had decided to reject the discipline and oversight of Anglican Church of Rwanda .

Whether the clergy and congregations of the AMiA will follow their bishops into schism and out of the Anglican Communion is not known at this time. However by this second secession in eleven years along with the adoption of a distinct Roman Catholic ecclesiology and sacramental theology, the AMiA appears to have given up its claim of being Anglican in order to follow its leader, Bishop Murphy.

In his letter to Archbishop Rwaje, Bishop Murphy reminded the Rwandan leader that there was “no covenant from the Anglican Mission to the Province” of Rwanda, nor did the Rwandan canons contain a “canonical mandate” for the erection of the AMiA.  Since its inception, the only links the AMiA had with Rwanda was the “personal relationship” between Bishop Murphy and the Archbishop of Rwanda, and the “voluntary submission to the Canons and Constitution of Rwanda by the Anglican Mission and its clergy as renewed annually at each year’s AMiA Winter Conference in the renewal of ordination vows."

Bishop Murphy’s claim that the AMiA has no link to Rwanda other than the goodwill of the primate and the primatial vicar, may come as a surprise to the AMiA members, as the bishop has long stated the AMiA was “embedded” in the constitution and canons of Rwanda.  The excuse Bishop Murphy gave for stepping back from its links with the Anglican Church of North America was that the AMiA could not be both American and Rwandan at the same time under the Rwandan canons.

Here is Bishop Chuck Murphy's Resignation Letter to the Rwanda House of Bishops:


The Most Reverend Onesphore Rwaje
Archbishop of the Province of the Anglican Church of Rwanda
Bishop of Gasabo
B.P 2487
Kigali, Rwanda

In addition to the personal concerns I expressed to you in my response to the recent letter of November 30 from the House of Bishops, to which this second letter is attached, the
correspondence lacks the canonical due process that would make it possible to resolve some of the matters expressed therein, thus leaving me without any possibility of appropriate defense and advocacy on my behalf.

a) The personal relationship of Primate to His Vicar; and

b) The voluntary submission to the Canons and Constitution of Rwanda by the
Anglican Mission and its clergy as renewed annually at each year’s AMiA Winter
Conference in the renewal of ordination vows.

Upon study of our Provincial Canons and Constitution, I must note that the Canon Law of this Province does not make provision for a canonical process for bishops other than diocesans to resign (Title III, Canon 23, Sections 7, 8, 9).

Having consulted canonical experts regarding this deficiency, despite this lack of provision in our Provincial Canons, I, Charles Hurt Murphy, III after prayerful discernment regretfully resign as a Primatial Vicar of the Province of Rwanda as established in Title I Canon 6, Section 8.

Respectfully, and in His Name,

UPDATE: SF has the Resignation Letter from the AMiA Bisohps here.  SF reports that Terrell Glenn and Thad Barnum have not tendered their resignations from the Rwandan House of Bishops.
Posted by Unknown at 4:29 PM

God is not doing a new thing

" I appeal to you, dear brothers and sisters, by the authority of our Lord Jesus Christ, to live in harmony with each other. Let there be no divisions in the church. Rather, be of one mind, united in thought and purpose."

This strikes me as personal pride and therefore sin leading to division the church. The leaders involved should retract their statements, apologise and attempt reconciliation. Failure to do that will destroy what has been built over the last few years.

AMIA also need to apologize to George Conger for their press release attacking his journalism as false when the facts presented here clearly show he was right on the mark.

Led out of Egypt and now wandering aimlessly in the desert seems to be a better analogy.

One thing that we probably all can agree on is that our sinful, imperfect, prideful nature, which leads each of us to assume that we know the will of God better than the guy next to us in the pew, will lead Christians to schism upon schism upon schism until we atomize God's Church into mere microscopic particles. The last thing we are inclined to do by our natures is to come together in communion despite the fact that none of us knows clearly the full dimensions of God's grace and power.

For someone in DioCFL of TEC, George Conger+ sure gives a passionate editorial on this story. The "new thing" are George's words as far as my little searches went. This might not carry any real significance if you're Baptist or Methodist, or even Anglican Continuing Church, but for those who went through GC03, it's probably the most charged phrase he could have used.

Thank you, BB for posting other links without editorial, for the +Murphy links give a radically different picture of the last six months than the Washington Statement.

There was an interesting comment from AMiA person who was in the room of which I found more inline with a Scriptural response than the glee many seem to have:

There was no verbal indication that there was any desire to separate from Rwanda. Now personal letters between brothers have been made public even before they were received by the individuals they were destined for.

It appears to me that some have been harboring resentment or bitterness for some time and have now found an opportunity to try and assassinate the character of a godly man…not perfect, but godly.

I wonder where reconciliation stops and spiritually cloaked vindictiveness begins. Is it 7 times?

I was certain that Murphy would not stand for being disciplined, no trip to the wood shed for Chuck! But the Rwandans are merely enforcing Canons which Murphy and Donlon produced for them. Why all the surprise? They're being hoisted on their own petard. There may be further aftershocks, some may break with Murphy to cross over to ac/na, some may form a rump diocese/mission of Rwanda. Some may go in other directions. Once Duncan & Co. peered into Pandora's box in search of expanded prelacy they let another demon loose, the effects of which are only beginning to be seen. The solution was not to simply leave the Episcopal Church, but to for once, embrace proper Anglicanism; but they did not do it. Lip-service, alone, paid to the 1662 BCP and the Articles of Religion won't save the Three Little Piggies.

Kevin,
"The solution was not to simply leave the Episcopal Church, but to for once, embrace proper Anglicanism; but they did not do it. Lip-service, alone, paid to the 1662 BCP and the Articles of Religion won't save the Three Little Piggies." And just what is "proper Anglicanism" in your mind?

RMBruton,
Sorry, the question from me was for you not for Kevin.

AMiA and Rwanda communicating by press release? Say it isn't so!

Who ISN'T guilty of that in this whole grand mess? CANA/ACNA? AMiA? Nigeria? Rwanda?

Tough to have the your teammate run the play you invented against you.