From the Church of England Newspaper, via-email: 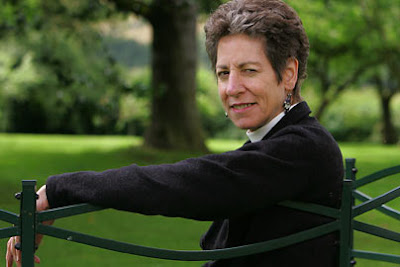 The press officer to the Secretary General of the Anglican Consultative Council has confirmed to The Church of England Newspaper that Canon Kenneth Kearon hand delivered a letter from Dr Williams to Bishop Jefferts Schori at the April 17 consecration ceremony of Bishop Douglas of Connecticut.

The chancellor to the Presiding Bishop, David Booth Beers, told bishops attending the May 24 to 28 Living Our Vows bishops’ training programme at the Lake Logan Episcopal Center in North Carolina that in this letter Dr. Williams had asked the Presiding Bishop to consider absenting herself from meetings of the Anglican Communion’s Standing Committee and the Primates’ Meeting in light of the Episcopal Church’s violation of the moratoria on gay bishops and those present tell CEN.

Speaking to a group of bishops during an informal after-dinner session, Mr Beers stated the Presiding Bishop had rejected the Archbishop of Canterbury’s suggestion, observing that he had no authority to remove her from the Primates’ Standing Committee as she had been elected by the North and South American primates. She also objected to Dr. Williams’ claim to have the authority to ban her from the councils of the Church.

Tip of the Tinfoil to the Anglican Super Sleuth George Conger.  Thanks, George!

Rowan actually disinvites Schori from the Primates meeting! Are we in an alternative reality in an episode from "LOST"?

My understanding from the reporting here and elsewhere is that the Archbishop requested that she not attend. Surely he has the authority "to request." to respond that he lack the authority "to ban" seems to sidestep the facts. The question of what one does with a request, or what the Presiding Bishop does with this request, is sometimes a difficult one, but I would think in most cases one would honor a request and not go where one's presence is not wanted.

Again, this can be no surprise to anyone on either side of this issue. The only reason some are acting surprised is that they have come to believe their overheated rhetoric.

Actually, the Episcopal Church’s Standing Commission on Ecumenical and Interreligious Relations is not proposing this, BB. As is reported in your Living Church link, a single member of the committee has floated the proposal. It's clear from the comment of Mark Harris, also on Executive Committee, that this is not a "done deal". Given the positive press the "Mitregate" silliness has generated, doubt EC will do anything that might rock the boat.

"Defies" is rather strong language for "considering to absent herself" and deciding against it, don't you think? Given the consequence of "voluntary absence" from Dromantine - adoption, by a very narrow majority, of the Windsor Report - hardly surprising. If border-crossing primates were also asked to consider absenting themselves - CANA still part of the Nigerian church, for instance, and the former Ft Worth diocese with the Southern Cone - and if they proved agreeable to doing so, then the PB might likely be more amenable to the request.

With 40% of ACO's budget paid by TEC, be interesting to see what, if any, rabbit Kearon plans to pull from the hat.

Has any participant of the informal meeting between David Booth Beers and the Bishops confirmed this report in public? I have yet to see a primary source referenced. I see statements like this:

"The chancellor to the Presiding Bishop, David Booth Beers, told bishops attending the May 24 to 28 Living Our Vows bishops’ training programme at the Lake Logan Episcopal Center in North Carolina that in this letter Dr. Williams had asked the Presiding Bishop to consider absenting herself from meetings of the Anglican Communion’s Standing Committee and the Primates’ Meeting in light of the Episcopal Church’s violation of the moratoria on gay bishops and those present tell CEN."

But the article does not say who this statement is attributed to. Where has one person with first-hand knowledge of this letter confirmed in public that RW asked KJS to remove herself from the Standing Committee and not attend the Primates meeting?

Sarah Dylan Breuer, to whom the "redesignation proposal" is attributed has posted a lengthy comment at Stand Firm.

Thanks for the link, Lapin

The PB has said she was NOT removed from the AC committees and the Executive committee elected new participants anyway according to the AAC/Anglican Mainstream and Stand Firm's recent accounts of the the Anglican fracas.

her apostate self doesn't deserve to be at those meetings. her social club is finally getting what it has had coming for it's years of heresy.

I wonder if any chats with CofE revisionists re joining "TEC Global" have taken place in the last week?

It might be a good thing to give freedom of self-determination to CofE revisionists (not many people go to their churches to hear whatever new thing they go on about....and they are a financial drag on the CofE)

Re "freedom of self-determination to CofE revisionists", Londoner - they pretty-well already have it, don't they? They'll no more be going elsewhere than their brethren in TEC are.

"....not many people" - Southwark Cathedral was full enough a couple of Sundays back, wasn't it?