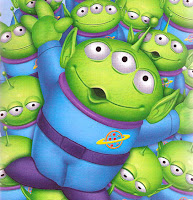 FRI. FEB 1 UPDATE: You do sort of wonder. LambethConference.net notices that the ACO has quietly - and finally - corrected their website to reflect that Bennison is indeed inhibited. Fast and furious (and wrong) on the trigger for the Bishop of San Joaquin, though. What's up with that?

HOLY COW: What's wrong with this?

WED AM UPDATE: That must have been some phone call. See comments.

Unbelievable. So who is running the Anglican Communion anyway? It's not who you think it is - or maybe it is. The British are always kind in their understatements - but underneath the kindness is a pointed question - just who is giving the orders? The Claw? From here:

As such, it has a finger in many pies, but it is clearly a ’service and support’ organization, supporting the working of the Communion in a ‘diaconal’ rather than presbyteral (much less, episcopal) role.

Curious, then, that the ACO website lists the Diocese of San Joaquin as ‘vacant’ - curious, because it isn’t. The Diocesan Bishop, John-David Schofield, has been inhibited by the Presiding Bishop, Katherine Jefferts-Schori, but he is still the Bishop, unless or until he is deposed. Moreover, he is still on the ‘guest list’ of the Lambeth Conference, though this may change (and will doubtless precipitate further crisis, insofar as he regards himself as part of the Province of the Southern Cone, regarding which Greg Venables may have something to say.)

We may then ask why the ACO has jumped the gun. It may, of course, be a misunderstanding on the part of the website manager, in which case it will doubtless be corrected soon.

BB NOTE: Holding one's breath may not be advisable at this time. More here. And here.

WEDNESDAY UPDATE: The sudden "switch" for Kearon's operation to make on the Diocese of San Joaquin once they were outed illustrates what political philosophy is running his office. The idea that the see of San Joaquin is vacant comes from the TEC political activists (who by the way, are not high in number, but have experience acting as though they are which is how street politics operates). They have been filling listserves and blog posts for weeks about how the bishop has abandoned the communion (which one is it now?) and the see is vacant. Obviously, Kearon's office falls right into line with this thinking and made the change on the website (did they think we wouldn't notice?). But the official view of the Episcopal Church is that the bishop is inhibited (for voting his conscience, what a sorrowful place for TEC to fall, so much further than even during the Civil War) and la di da, that's what suddenly appears on Kearon's office website. The fact remains - as someone must have said during the intervention this morning - the Diocese of San Joaquin exists and it still has a bishop. The bishop is in good standing in the Province of the Southern Cone and TEC is officially pissed off. The "inhibition" - as the "inhibitions in Virginia" are for punitive effect. They are meant to scare off others from following suit. The Presiding Bishop meant to inhibit the Bishop of 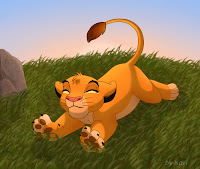 Pittsburgh as well for even thinking about voting his conscience and was slapped down by two senior bishops. I just have to wonder if the rank and file Episcopalians (which far outnumber the progressives and are not happy about these aggressive street fighting tactics) are waking up.

By the way, Kearon's office now lists the Bishop of San Joaquin "inhibited," but only after first being listed "vacant." Gotta wonder. But guess who is actually inhibited for moral transgressions? Well, you'd never know visiting the "Anglican Communion" website. Golly.

"I have been chosen! Farewell, my friends! I go on to a better place!"

They fixed it, sorta. +Schofield is back on the webpage, although he is (gasp) inhibited. Sooo... we can expect him to join the ranks of the disappeared when he's 'deposed' by TECHOB? And what will they plan to do with the utterly inconvenient website of DioSJ, which shows a lively diocese with a lively bishop.

Do have to wonder about who works for who there at the ACO. Thanks for the update, br. That must have been some phone call.

...."Pay no attention to that woman and her lawyer behind the curtain. I am Kearon, Master of the ACO and all that it commands (so long as I do what the Purple Haze Witch and her Shyster wish)."....

Like magic! I wonder which Episcocrat was dealing with this - is it the same one who has been going beserk on Wikipedia?

If the good Bishop has left for Southern Cone, isn't the "Episcopal" Diocese of SJ vacent as opposed to the "Anglican" Diocese of SJ?

Yes, anonymous. The Episcopal Diocese of San Joaquin, by the words of +J-DS and his Primate, ++Venebles, is no longer occupied (in the episcopal sense) by +J-DS; it is vacant. The Anglican Diocese of San Joaquin, by their own words, has the cathedra filled by +J-DS. The ACO is about as confused as, well, that very bishop's [former? the one that made such a hash of what Province he is in?] PR and "crisis management" firm.

In the old days, before the Troubles, we did not call dioceses "Episcopal." In Virginia, we just called the diocese The Diocese. There's no "Episcopal" probably because it had full control of the franchise. Roman Catholics would call it the Episcopal Diocese, usually to differentiate it from the Roman Catholic dioceses because they are actually two different denominations.

But this is not the case with the Diocese of San Joaquin - as we now see that the correction has been made to the Anglican Communion website.

Now many of us may want to keep spinning away, pretending there is no division. But that does not change the fact that there is ONE Diocese of San Joaquin. Only one. It's now joined another branch of the Anglican denomination, the Southern Cone.

What about the folks and the churches that decided NOT to break with the Episcopal Church? What diocese are THEY in? They DO exist. What should we call them?

Sounds like they reaffiliate with with the parent diocese until there is lots of booming growth in TEC, with new churches being established to warrant a new diocese being formed (those who want to stay in TEC do not have the capital to start a new diocese - they are going to have to start all over if they want to have a Diocese of Fresno or something). The Episcopal Church after all is downsizing, it's loosing members and churches by the bucketfull and it might be wise for Episcopal churches to return to their parent dioceses - and in this case I guess that's the Diocese of California. El Camino Real is not far from Fresno either - but things haven't actually been yippy/skippy there either.

Pretending that there isn't division isn't going to make it go away. At some point - and perhaps it's not this generation of TEC leadership - but perhaps it will be the next generation now in their 30s and 40s who will be realistic and see the red ink on the wall.

Unless, of course, TEC comes back from the brink. One never knows. The door should always be open for the possibility of a re-evaluation of what the PB identifies as "current mission strategies." Even Starbucks is re-evaluating - they too forgot that they are primarily in the business of selling the experience of coffee.

One thing, though, the Diocese of San Joaquin has not left the denomination, it's leaving for another province, not another denomination.

You know what may happen next? If current trends are any clue - I could see 815 making the claim that the Episcopal Prayer Book is Intellectual Property and claim that Anglican parishes using the TEC Prayer Book (as mine does) in their worship services are stealing their property and sue them for that as well.

Watch that space. Autocracy is not pretty.

I'm wondering about your use of "denomination." There is certainly an Anglican tradition, but it not a worldwide "church," which the term "denomination" implies.

My understanding is that it is not an international "Church" in the same sense that the Roman Catholic Church is. Rather it is a "Communion" of national churches. National Church is the very foundational concept of the Church of England.

The Anglican Communion is more like the Lutheran World Federation, a cooperative communion of local and national churches which similar and related history. (Even though, due to language differences among immigrant groups in the U.S., there developed several parallel jurisdictions on this continent, most of which have merged into two church bodies.)

BTW, locally and colloqually, persons may have referred simply to "The Diocese," I'll bet that it's official, corporate name was something like the "Episcopal Diocese of_______."