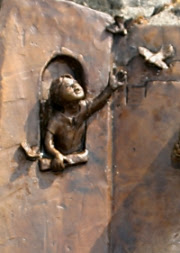 BB NOTE: The Diocese of Ft. Worth is also meeting this weekend to discuss joining the Anglican Church of the Southern Cone. You can watch the Ft. Worth meeting live here, starting at 3:00 p.m. today.

FRESNO, CA - November 16, 2007 – The Diocese of San Joaquin today announced that the Anglican Church of the Southern Cone of South America has extended an invitation to offer the Diocese membership on an emergency and pastoral basis.

The announcement comes three weeks before the Diocese is scheduled hear the second and final reading of Constitutional changes first adopted on December 2, 2006. Should the second reading of the Constitutional changes be approved at the Diocesan Convention on December 8, 2007, the Diocese is free to accept the invitation to align with the Province of the Southern Cone and remain a diocese with full membership within the Anglican Communion.

The Bishop’s pastoral letter will be read in churches of the Diocese on Sunday, November 18, 2007. For a full text of the letter, visit www.sjoaquin.net or contact Joan Gladstone, jgladstone@gladstonepr.com.

The Diocese of San Joaquin was founded as a missionary diocese in 1911 and became a full autonomous diocese in 1961. The Diocese encompasses churches in the counties of San Joaquin, Alpine, Stanislaus, Calaveras, Mono, Merced, Mariposa, Tuolumne, Madera, Fresno, Kings, Tulare, Kern and Inyo.
Posted by Unknown at 2:05 PM

As the dioceses of Ft. Worth and San Joaquin move towards possibly joining the Southern Cone, it will be interesting to see if this alters the dynamic of Common Cause. Could it mean that those who are currently under African Provinces might also switch?