Diocese of South Carolina calls for new vote; says canon law was not followed in deposing the Bishop of San Joaquin 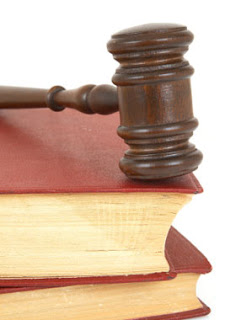 Oh, the irony. From here.

Bishop Mark Lawrence of South Carolina and the diocesan standing committee have made public a letter sent March 27 to Presiding Bishop Katharine Jefferts Schori in which she was asked not to proceed with a “special convention” meeting she announced and personally will convene on March 29 at St. John the Baptist Church in Lodi, Calif.

The meeting agenda includes adoption of the 2003 version of the San Joaquin Constitution and Canons certification of delegates and ratification of Bishop Jefferts Schori’s nomination of retired Northern California Bishop Jerry Lamb to be provisional bishop for the newly reconstituted diocese. The diocese seeks a second “canonically correct vote” by the House of Bishops on the depositions of bishops John-David Schofield and William Cox.

“Additionally, for the good of our Church, we ask you not to proceed with the planned election of a replacement for Bishop Schofield until the matter of his deposition can be legally and canonically resolved,” the letter added.

“The Diocese of South Carolina demonstrated our commitment to the proper observance of The Episcopal Church Canons with two election conventions and 18 months of Standing Committee and Bishop confirmations. Because we feel so strongly that the canons were not followed in the depositions of Bishops Schofield and Cox, we must respectfully refuse to recognize the depositions, and we will not recognize any new bishop who may be elected to replace Bishop Schofield, unless and until the canons are followed.”

Neva Rae Fox, public affairs officer for Episcopal Life Online Media, and other officials from the Episcopal Church Center, were traveling to Lodi when the letter was made public. Ms. Fox said shortly after her arrival on March 28 that she had “not received any notification of any change in plans to proceed with the special convention.”

The Rev. James Snell, president of the San Joaquin Standing Committee, has previously raised the possibility that Bishop Jefferts Schori might be liable for a presentment complaint under the canons which prohibit bishops from entering another bishop’s territory without permission. Under the canons to be considered for adoption by the special convention, the standing committee is the ecclesiastical authority of the diocese. The special convention is scheduled to begin in a few hours.

“Bishop Lawrence and the South Carolina Standing Committee have really gone out on a limb in respectfully calling for a second vote on the depositions and for postponement of the special convention,” the Rev. John Burwell, president of the standing committee told a reporter from The Living Church. “I am hoping that other diocesan bishops and standing committees will join me in respectfully calling for the consistent application of our canons.” Fr. Burwell, who also serves as rector of Holy Cross Church, Sullivans Island, also confirmed that the diocese had informed Bishop Jefferts Schori of their intent to make public the letter ahead of time and waited for confirmation that she had received it before doing so.
Posted by Unknown at 12:14 PM

I don't know where, how you get your infomation, but this is quite an infomative blog.

I think I have been nothing but patient patient patient with the Episcopal Church and its seeming fixation on this gender orientation thing.It looks (and certainly feels) as though ECUSA is MORE about running off traditional Episcopalians-- the better to get the proceeds of cathedrals sold to buy AZT-- you can buy a lot of AZT for the 'hire' of a Cathedral-- than it does about any real issues related to tolerance of our "gay siblings."

It is too painful for me to get much out of Episcopal worship these days-- and I live in a town in which one must seemingly choose between Fundamentalist churches and gay-oriented churches-- the refuge from concrete thinking I used to have in Episcopal worship is now nearly 100% hogged-up with talk on and on and on about the sinfulness of not liking gay bishops-- and the "following Jesus" of sticking to (their kind of) 'integrity.'

Frankly, I never could fathom it. The more I bent to tolerate my siblings in gaiety in houses of worship, the more there was leverage-buy-out effort on their parts. How many churches does gaiety need? Does it HAVE to play so rough with people who do not go-with-the-program of opposing the consecration of a bishop (for what seemingly could be a defensible, sound, theological reason)?

In 'exile' from the comforts of a binding church family, I am cobbling together a kind of office for myself, with PARISH PSALTER plainsong, morning and evensong, compline, Bible reads (somehow the best comforts seem to come from the KJV-- bony words in bony time), and occasionally -- as "hail" not prayer-- I 'do the beads.' I attend a small Baptist worship house, specializing in cordial home worship, I go fairly frequently to Catholic church, not taking the host for my Anglican vows and for etiquette: but I am no-place at rest...a motherless child for whom 'Rachel bewails and she will not be comforted' [compare Matthew 2:18.]

In short: it looks like ECUSA could be the-more accused of "un-fairness" with folk who have been pretty-doggone fair with them. Why did they 'take over' after we admitted them as guests?

Have you considered looking East? There are at least 2 Othodox churches in Louisville. There is a Greek church - Assumption, and an Antiochian church - St. Michaels. Why don't you call one (I'd try St. Michael's first) and talk to the priest about your concerns. Perhaps you will find a home there.

Sorry I am posting as Anon - I can't remember my password! This is Anam Cara.