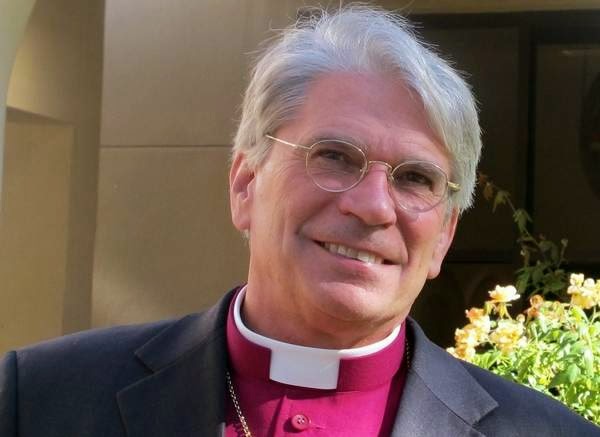 IT IS THEREFORE ORDERED,
1. The Plaintiffs are the owners of their real, personal and intellectual property.
2. The Defendants have no legal, beneficial or equitable interest in the Plaintiffs’ real, personal and intellectual property.
3. The Defendant TEC, also known as The Protestant Episcopal Church in the United States of America and Defendant The Episcopal Church in South Carolina and their officers, agents, servants, employees, members, attorneys and any person in concert with or under their direction or control are permanently enjoined from using, assuming, or adopting in any way, directly or indirectly the names, styles, emblems or marks of the Plaintiff as hereinafter set out, or any names, styles, emblems or marks that may be reasonably perceived to be those names, styles emblems or marks . . .
. . .
4. The Dorchester County clerk is directed, upon the filing of this order, to refund the sum of $50,000.00 to the Protestant Episcopal Church in the Diocese of South Carolina.
5. The Defendants counterclaims are dismissed with prejudice.

Here is the official release from the Diocese of South Carolina:

The Episcopal Church has no legitimate claims to their property, names and symbols.
ST. GEORGE, SC, Feb. 3, 2015 – In a 46 page opinion, South Carolina Circuit Court Judge Diane S. Goodstein, ruled that The Diocese of South Carolina, The Trustees of the Diocese and 36 parish churches successfully withdrew from The Episcopal Church in 2012 taking with them all their property, including churches, symbols and other assets. The ruling is the result of a three-week trial last summer in which over 50 witnesses testified.

The historic ruling comprehensively resolves the issues surrounding the more than $500 million in property owned by the Diocese and its parishes, which disassociated from the denomination in 2012 after TEC improperly attempted to remove Bishop Mark Lawrence as head of the Diocese.
The judge’s decision found baseless TEC’s claim that it owned the Diocese’s identity and properties.  During the trial, the Diocese demonstrated that it existed long before TEC was established – and that it was one of the dioceses that founded the denomination in 1789.  It also proved that every diocese is free to associate with a denomination of its choosing.

The Court found that “the Constitution and Canons of TEC have no provisions which state that a member diocese cannot voluntarily withdraw its membership.” The ruling found that had there been such a provision, it would have violated the Diocese’s “constitutionally-protected right” to freedom of association. “With the freedom to associate goes its corollary, the freedom to disassociate,” Judge Goodstein said.

The Court also found that TEC had “no express or constructive trust” in Diocese or Parish property.
Finally, the Court issued a permanent injunction protecting all the Diocese’s names and marks as well as those for the parishes of St. Phillip’s, St. Michael’s, and the Parish Church of St. Helena.  The Court further found, “It is also clear, as to the Diocese, that the Defendants ‘willfully intended to trade on the registrant's reputation’ and that they chose, intentionally, to use the names and seal of the Diocese as strategic support for TECSC's purposes. This strategy was not simply one of TECSC' s but was one that TEC benefited from and promoted.”

Lead Counsel for the Diocese, Alan Runyan, said that the decision is completely consistent with both South Carolina and United States Supreme Court precedent involving church property disputes.
The decision ends the latest of many legal battles TEC has fought in its effort to shore up the denomination.  Since 2003, TEC has lost 17.4 percent of its members and experienced a reduction of nearly 24 percent in average Sunday attendance.

In the last few years, the denomination has spent close to $40 million on lawsuits to prevent dioceses from leaving and to seize the property of congregations that did.

“We are grateful that Judge Goodstein’s decision protects South Carolina churches from being added to the long list of properties that TEC seized then either abandoned or sold-off,” said Jim Lewis, Canon to the Ordinary.  “The decision protects our freedom to embrace the faith Anglicans have practiced for hundreds of years – and not the new theology being imposed on TEC’s dwindling membership.”

Judge Goodstein’s decision is the latest legal loss for TEC.  The Illinois Court of Appeals upheld a decision that held that the Diocese of Quincy (Ill.) was entitled to keep their property in a case similar to the one in South Carolina. Last month, the highest court in Illinois, the Illinois Supreme Court, refused to hear an appeal in the case.

The denomination, which lost a decision in its case against the Diocese of Fort Worth, appealed to the U.S. Supreme Court but was denied a review.  The case will now resume in the trial court there, under findings by the Texas Supreme Court that favor the Anglican diocese.

TEC supporters have repeatedly attempted to make the disassociations by the dioceses of South Carolina, Fort Worth (Texas), Quincy (Ill.) and San Joaquin (Calif.) a protest of the denomination’s shifting policies regarding sexuality.

While traditional marriage between a man and a woman continues to be upheld in these dioceses, issues of human sexuality represented only distractions in the South Carolina case.

“This has never been about exclusion,” said Bishop Lawrence. “Our churches, our diocese are open to all.  It’s about the freedom to practice and proclaim faith in Jesus Christ as it has been handed down to us. We’re ready to move forward and grateful for Judge Goodstein’s handling of the case.
Today's decision also comes close on the heels of an earlier ruling by the South Carolina Court of Appeals awarding the Diocese $1,000 for legal expenses incurred by TEC's frivolous appeals.  TEC has a history of using appeals and other legal action to delay cases and drain the resources of parishes and dioceses that disassociate from the denomination.


The Diocese of South Carolina is recognized by Anglican Dioceses and Provinces around the world, many of whom have broken fellowship with The Episcopal Church, and in 2013 the Diocese joined the global Fellowship of Confessing Anglicans and entered into a formal relationship of Provisional Primatial Oversight with Global South primates.
Posted by Unknown at 7:14 PM

No problem. There are still both state appeals and federal courts to keep this lawyer's gravy train going for several more years.