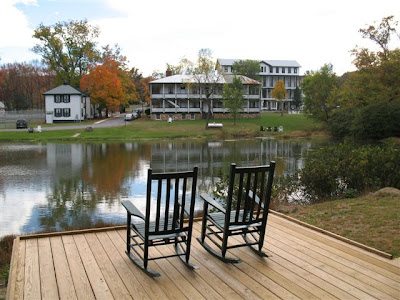 The rector of St. Paul's Memorial, Charlottesville writes of his appointment by Bishop Shannon Johnston to the R-14 Task Force (which reminds me so much of the R-7 Task Force, also in the Diocese of Virginia, which actually met for regularly for SEVEN years and discovered that the two worldviews are incompatible and that group dissolved without consensus) which has once again been charged with examining the issues surrounding same sex blessings, this time - as articulated by the Rev'd James Richardson - with the expectation that the diocese will move forward toward implementation of the now authorized views of General Convention.  One does wonder, however, how much the Archbishop of Canterbury's recent letter will influence R-14 and the people of the Diocese of Virginia?


Bishop Shannon Johnston, of the Diocese of Virginia, has appointed me to a task force of 11 people -- six lay and five ordained -- who will soon examine the issues surrounding same-sex blessings and, hopefully, chart the way forward for this diocese in the next year. That is my hope.

The panel was commissioned at the Diocesan Council (convention) in January, and has adopted for its name the neutral-sounding title of the resolution that set it up -- "The R-14 Task Force." The bishop finished appointing the members in May. The first meeting is set for June 19, followed by another meeting July 17.

I will not be present at the first meeting, but I plan to attend via Skype or telephone connection. I will keep you posted in this space as fully as I can on how this develops. The deadline for the completion of our work is November 1, and I see no reason why we cannot meet the deadline. Other dioceses have impaneled similar task forces and are already finished; much of the research we've been asked to do has been done elsewhere; the Diocese of Virginia has a considerable volume of work of its own to draw upon, having had several committees and task forces looking at various sides of the topic for years.

I don't know any of the people involved with the task force, but I'm guessing it's a done deal. Is that reading wrong?

Simply an advance notice of a foregone conclusion. No surprise coming. SSBs as policy within a year.

Just keep sending that money in folks.
Keep the treasury full for more to get thrown in your face.

They will continue having meetings until progressives get the outcome they desire and then all discussion will cease and presentments will begin.

The task force is specifically charged with NOT opining either for or against the idea. Use your literalist skills and actually read the resolution.

In addition, the invitations went out prior to the ABC's letter, so there is no connection, despite your fondest hopes.

I would caution conservatives in the diocese to not be naive.

The conservatives still in the Diocese of Virginia are faithful.

Anonymous, I did read the resolution and it looks like nothing more than laying the groundwork for eventual SSB's in the diocese. Even the issue of whether somebody could refuse to perform an SSB (3A) was worded in such a way as to have the committee decide whether clergy even have a right to decline to perform SSB's. Note, that that was the FIRST issue mentioned - which makes getting to SSB's seem like an inevitability. I can certainly see activists painting reluctant clergy into a corner by approaching them with SSB requests.

It is well within reason, given past experience with other issues like women's ordination, that SSB's will be approved and the question of the right to refuse will be chipped away at until there is no right left.

Personally, I think this is just progressives clearing the ground and like I said previously, they'll keep having meetings until they get the response they want.

Got those nice rose collered glasses on sale and don't want to take them off much?

Let's recap: (1) The Bishop is on record that he wishes to offer SSB's. On more than one occasion, both orally and in writing he has said that he favors this as a pastoral procedure and a matter of justice. (And when you put it that way, who of us could argue for being unpastoral and unjust? Some of us get tired of this sort of spinning the issue ... just saying.)

(2) I asked Bishop Johnston specifically from the floor at the Council the year before this, whether developing protocols for SSB's and stating he was in favor didn't rather prejudice any listening process left ... as if anyone listens to those faithful conservatives --orthodox who are still in the diocese. I know of few who ever listen to me.

But then it could just be something about me personally.

(3) I was present and listened to the debate on R-14. Even my Sr. Warden, seated next to me, who stays far from these arguments, could see clearly enough that the train was leaving the station. Things are in motion. Stands to reason. You don't need to develop plans if you aren't going to adopt them sooner or later. If you did, then the people who get their hopes up for SSB's are going to be very mad they put in the effort ...

(4) And since the Bishop is the ordinary of the Diocese, he can by his own unilateral decision choose to allow SSBs. This can all be done in a moment on a Monday afternoon at tea.

But then I'll never know. Like I said, I don't get invited to tea. Trying not to take it personally, although ...

So Anonymous, I think your comments are not correct and your logic a bit thin.

Oh, and please don't speak for me. As a conservative and faithful member of the Diocese (whatever that means ... hoping it means faithful to God and not an institution, yet languishing still in the Diocese?)I'll speak for myself, thanks kindly.

Oh there I go again, not playing nicely. Or is it being unjust and unpastoral?

Maybe what some of these Task Forces need to do is examine a different body of work and devote themselves to a different kind of research.

That is, reading the Bible (in context, in its entirety.)

Excuse me, I need to go vomit/weep.

Kindly use the Cafe Loo. Thank you.

Based on past history of women's ordination, there will be a "conscience" clause that gives an out for those not willing to participate. After a short as time as possible, that will be yanked out. Anyone not wanting to participate will be forced out, if they haven't been driven out by other means.

Just spent a brief look on Fr. Jake's site - a link of several left-sided blogs on Richardson+'s site. It is a fresh reminder of how far the left wants to push it and the lack of grace for others. There is no room for conservatives, no quarter given. They have been blinded by their own desires. This is not a battle of people, but of principalities. Remember to keep praying and asking for God to intercede, and remember to ask for Him to bless His people.

Since SS Marriage is illegal in the Commonwealth of Virginia, it would appear that this would only be little more than church-sanctioned adultry.

These forays into dishing up egocentric pablum called "pastoral responses" get more ludicrous all the time. Some rich people want their hobby endorsed so off goes the Episcopal Church to "bless the hunt". We "bless" everything from doorknobs to adultery, all in the name of a pastoral response.

Is that all that we are; mere chaplains to the culture? Answer: Yes.

I very much am taken with Allen's phrase, "mere Chaplains to the culture." If it's original, it's brilliant. Even if it's not original, it's well-applied in this comment. I may borrow it, if you don't mind.

I just realized that I misspoke in a previous post. I suppose the more correct phrase should have been "church-approved open sexual cohabitation" rather than "adultery"

"The conservatives still in the Diocese of Virginia are faithful"

... although seemingly content to be resident in a very unfaithful place.