Bob Dylan: The Baby Huey of our Generation? 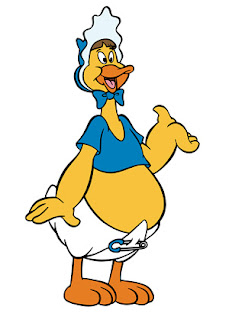 Today on Tap we have Andrew Ferguson's brilliant smack-down in the Weekly Standard (didn't they get the memo, Sean?) of Bob Dylan's entire career ever published - pushing the infamous Rolling Stone review of Self Portrait off the #1 Spot. At least Greil Marcus and Bob Dylan ended up friends.

Not only is Dylan sent up, dressed down, and shipped out in the most amusing though lengthy stylistic prose, so is every single one of his fans - no small feat, really, calling us "the battered wives of the music industry." That's true if you think Baby Huey should be banned from YouTube for being so non-PC (ah, but we were so much older then). One wonders if Mr. Ferguson has seen the latest music video for Beyond Here Lies Nothing? Baby Huey? I think not. No, I think not.

The composition of this review - which was to be covering Dylan's new Christmas album - is so all-encompassing of the man's nearly 50-year career, well, it seems it had to be made into a dramatic reading.

What else could we do?

It really is the only way we could think to respond - we had a blast recording it, for there is surely evidence that it's not the fans Dylan badgers - but the smug, self-righteous indignant non-producing critics. It's also clear that Mr. Ferguson missed Together Through Life, surely not the album one would have sensibly produced with Obama in the White House. 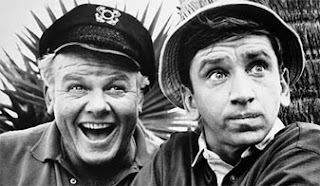 In fact, does it not just pleases the mind to imagine Mr. Ferguson finding himself out out with Dylan on the next three-hour tour boat out of Honolulu? Would that not be a fitting response - a life spent marooned on the same deserted island. From Baby Huey to Lil' Buddy? Ah, the possibilities - for they do seem to be two of a kind!

No wonder Mr. Ferguson's in a bit of a huff.

So here is the latest Dramatic Reading at the BabyBlueCafe:

Once again we have dramatic reading here at the Cafe. Click the recording above, or click here.

iTunes has recently changed locations for podcasts when Apple's web services changed to MobileMe - so stay tuned for that location.

NOTE: To download the latest version of QuickTime, click here. Also, Firefox or Safari work best. MS Internet Explorer belongs in the Smithsonian next to the TRS80.

And just so we are all on the same page, we bring you Mr. Ferguson's Bob Dylan - the Baby Huey of our generation!

We love NCIS. It is one of our escapes from all things Episcopal, medical, etc.

So, at the end of the show, Bob Dylan gets a big credit. Yes, Bob Dylan. NCIS.

So the wife says to the husband, wonder if "She who knows all things Bob Dylan" Babyblue knows about this!

And there is a NCIS Album with this song on it.

Superb reading! Enunciated perfectly in the spirit of the writing itself.