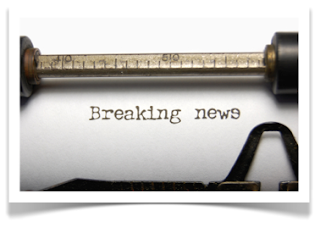 Today the Texas Supreme Court handed down decisions in the two ECUSA cases pending before it: No. 11-0265, Episcopal Diocese of Fort Worth, et al. v. The Episcopal Church, et al.; and No. 11-0332, Masterson v. Diocese of Northwest Texas. In the first case, the Court sided with Bishop Iker's Diocese by a closely split vote of 5-4, reversed the summary judgment of Circuit Judge John Chupp which had awarded all of the property and assets of Bishop Iker's Diocese to the Episcopal Church and its rump diocese, and sent the case back to the trial court. The majority held that the trial court had improperly failed to apply a "neutral principles of law" analysis to the issues. The four dissenters did not disagree with that result, but instead believed that the Court lacked jurisdiction to hear a direct appeal from the trial court's judgment in the case.

In the second case, the Court by a vote of 7-2 reversed the Court of Appeals' decision requiring the Church of the Good Shepherd in San Angelo to turn over its building and all other assets to the Diocese of Northwest Texas. The Court definitively ruled that all Texas courts must follow "neutral principles of law" (rather than deferring to an ecclesiastical hierarchy), and that based on such an analysis, the Dennis Canon was not effective under Texas law (or that if it were effective to create a trust, the trust was not expressly irrevocable, and so could be revoked by the parish in question).

The two decisions establish "neutral principles of law" as the governing approach to church property disputes in Texas courts. (The Texas Supreme Court had last addressed the issue in 1909, seven decades before the U.S. Supreme Court authorized "neutral principles" in Jones v. Wolf, 443 U.S. 595 (1979).) And under that approach, as we have seen happen time and again more recently, courts are coming to realize that ECUSA's case has no neutral principles going for it.

ECUSA loses under a true "neutral principles" approach because it ignores the Statute of Frauds in its Dennis Canon, and proclaims a trust on other peoples' property of which it makes itself the beneficiary. And in the Diocese cases, where ECUSA does not even have the Dennis Canon available to it, it simply waves its hands and claims to have made an "ecclesiastical determination" that its Dioceses cannot withdraw from the denomination unilaterally, and that even if they could, the Diocese impliedly agreed to hold all of its property in trust for the denomination, and so must relinquish control of that property upon leaving.

This latter fact -- that there was a trust argument also made in Bishop Iker's case -- explains the unusual divisions among the Justices. The two dissenters in Masterson were Justice Lehrmann and Chief Justice Jefferson. They would have deferred to ECUSA's determinations even under a "neutral principles" approach, and have declined, based on the First Amendment, to let Texas corporate law overrule those determinations. For them, the Dennis Canon had "ecclesiastical" force, to which the Texas Courts had to defer. (Query: how does such "deference" square with "neutral principles", when only certain types of denominations qualify for "deference"?)

The four dissenters in Bishop Iker's case were Justices Willett, Lehrmann, Boyd and Devine. But as I noted, their dissent was to the Court's taking jurisdiction of the appeal, and not to the merits.

It is Chief Justice Jefferson who made the majority in Bishop Iker's case -- while willing to defer to ECUSA in disputes between a parish and a diocese, he did not see the basis for any such deference as between dioceses and ECUSA -- at least, on the record as developed below. Undoubtedly he joined with the majority to send the case back for further proceedings, and would withhold further judgment on the merits until after there has been a full trial and a normal appeal. (He expressly did not join in Parts IV.B and IV.C of the majority's opinion, which provides guidance for the trial court on certain issues which will be faced at the trial.)

One might think, given this split, that the "guidance" offered in those latter two sections of the majority's opinion is scarcely guidance at all, because without Chief Justice Jefferson, what is written has the backing of just four of the nine Justices. But that reasoning does not take into account the decision by seven of the Justices in the Masterson case.

In Masterson, the seven justices decided pretty much the same corporate law issues on which the four Justices provide "guidance" in the case of Bishop Iker's diocese. Thus, Texas law will control the issue of who were the trustees of the Fort Worth diocesan corporation on the relevant dates when crucial votes were taken. And that should bode very well for Bishop Iker's chances on remand.

Likewise, the issues of title are to be resolved by examining the various deeds under Texas secular law -- and that, too, should work in Bishop Iker's favor. Title to all of the parish properties is held by the diocesan corporation. Thus if Bishop Iker's trustees are the proper trustees in office, the property will follow the corporation.

I may have more to say after I finish a full review of the opinions, and may change some points noted above, but on the whole, these two decisions score a great victory for neutral principles in general, and for ECUSA dissenters in particular.

Well, a remandment (remanding?) sure beats the alternative.