Sorrowful news.  From the Episcopal Diocese of Virginia, via email: 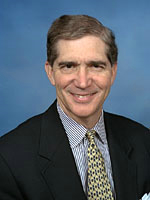 Mr. Russell V. Palmore Jr., chancellor of the Diocese since 1987, died today following cataract surgery. A long-time member of St. Paul's, Richmond, Mr. Palmore was a towering leader in the Church, both in the Diocese and within the greater Episcopal Church. "Today, the Diocese joins in mourning the loss of one of our greatest leaders," said the Rt. Rev. Shannon S. Johnston, bishop. "Russ was a tremendous example of loyalty and dedication to the Episcopal Church."

Mr. Palmore represented Virginia as a lay deputy to General Convention for eight consecutive triennial Conventions from 1988-2009, and was elected to serve as deputy to the 2012 Convention. A former member of the Standing Committee and the Board of Church Schools in the Diocese of Virginia, he was awarded a Doctor of Humane Letters by Virginia Theological Seminary in 2008.

"Russ maintained an unparalleled involvement in Church leadership throughout his life, back to the time that he served as a counselor and assistant director at St. George's Camp at Shrine Mont" said Bishop Johnston. "The Diocese of Virginia has been truly blessed by his continuous and unwavering support and work for the ministry of the Church."

Mr. Palmore was a graduate of Hampden-Sydney College and the University of Virginia School of Law, and was a long-timer partner at the Richmond law firm of Mays & Valentine, later known as Troutman Sanders.

Please keep his wife, Susan, his daughters, grandson and the Palmore family in your thoughts and prayers. The Diocese will make available more information as soon as possible.


BB NOTE: Russ Palmore, among many of his accomplishments, was the chairman of the Bishop's Special Committee that wrote the Protocol for Departing Congregations. His steady hand and wise counsel at Diocesan Councils over the years was matchless.  He has also provided solid leadership on the Executive Council of the Episcopal Church for many years. You can read more of his other accomplishments here.

May we remember Russ Palmore's wife and family, his parish, Bishop Johnston and Bishop Lee, and the members of Diocese of Virginia, in our prayers. This is a great loss.

Here is a statement from the Anglican District of Virginia:


“It was with sorrow that we learned of the death of Russell Palmore, Esq, Chancellor of the Episcopal Diocese of Virginia. Russell was a Christian gentleman of the highest integrity with a great love for the church. He will be greatly missed. On behalf of the Convocation of Anglicans in North America and the Anglican District of Virginia, we send sincere condolences to his family and the Diocese of Virginia.”

UPDATE: The Diocese of Virginia has released information on the funeral arrangements - here it is:

Russ Palmore will be greatly missed! His presence in the Diocese of Virginia provided stability, wisdom and grace.

The term "Virginia Gentleman" considerably pre-dated Russ. But he gave it contemporary meaning that will be very hard for anyone to equal. He was an excellent lawyer, a wonderful witness to the value of Christian faith in daily life, and a good friend. I am deeply saddened for his sudden absence in this life.

May the Lord comfort his family & those who are also affected in their hour of grief with His peace, that surpasses any human understanding.