What does Bob Dylan know about life?

Bob Dylan has managed his career highly successfully for a half-century. 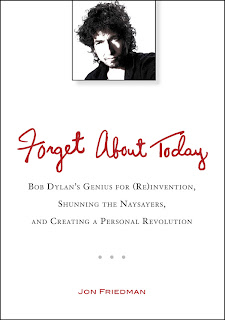 Like the rest of us, Dylan’s career has seen its share of ups and downs. One of his skills has been finding ways to make comebacks. For instance, as he wrote in his 2004 memoir, “Chronicles, Volume One,” Dylan resuscitated his flagging career in the 1980s by applying a strategic vision to reach out to a new, wide audience of young concertgoers and CD buyers. He set out, in 1988, on what has become known as “The Never-Ending Tour,” in which Dylan plays about 100 dates a year around the world as away to reach out to younger fans.

I studied Dylan’s business intellect as I wrote my new Penguin/Perigee book, published on Aug. 7, “Forget About Today: Bob Dylan’s Genius for (Re)invention, Shunning the Naysayers and Creating a Personal Revolution.”

Here are seven business tips from the Bob Dylan File:

1) Built to Last: You can’t let the newcomers throw you off your game. Just make sure whatever you have created is built to last. Dylan put it well in 1985, when he spoke with filmmaker Cameron Crowe for the liner notes to his “Biograph” collection. Dylan noted: “Muddy Waters didn’t stop playing just because the J. Geils Band started making records.” Somehow, Dylan might as well have told us, Muddy Waters’ legacy will shine brighter than that of the J. Geils Band.

2)  Have a Strategic Vision — and Stick to It: Dylan proved this point throughout his career. Never was his commitment more evident than on his initial “electric” tours of 1965-66. His devout folk-music fans were infuriated by his revolutionary decision to plug in at the Newport Folk Festival on July 25, 1965. Dylan played his radical rock and roll music all over the world for the next 10 months — and his “fans” booed him at every stop. Publicly, Dylan shrugged it off with a brand of stoic humor. “I did this very crazy thing,” Dylan joked during a press conference in San Francisco in December 1965.

3) Don’t Follow the Crowd: Dylan’s landmark song “Ballad of a Thin Man” might as well be his version of a business plan. He is telling the totally out of touch “Mister Jones” that he has no idea what is happening in the world, right in front of his eyes, because he is stuck in his confining ways. Dylan is telling every aspiring entrepreneur to think for himself or herself and not worry about the naysayers. 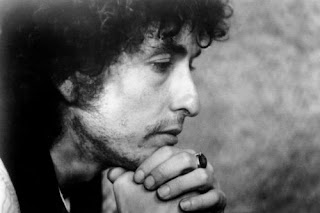 4) Never Rest on Your Laurels: Dylan might have been a stellar product manager. He would never stop tinkering with the marketing of his beer or razor blade or automobile. I say this because of the way he has never rested on his laurels, no matter how successful he was. Remember, he had a brilliant career going on as a folkie, but felt compelled to shift to rock and roll. He has never been seduced by financial success. He wants to keep getting better and better.

5) Never Be Discouraged by the Critics: Has anyone made more comebacks than Dylan? He got ripped when he made the much-criticized film “Renaldo & Clara.” Greil Marcus began his Rolling Stone review of Dylan’s album “Self-Portrait” by proclaiming, “What is this sh**?” For his soundtrack of Sam Peckinpah’s western, “Pat Garrett and Billy the Kid,” the critics didn’t lavish praise on him. But Dylan never buckled. 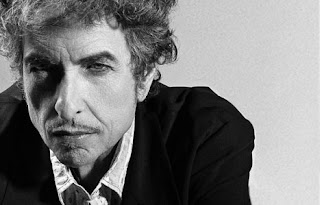 6) Step Out of Your Comfort Zone: Dylan was riding high with his hit single “Like a Rolling Stone,” but he wasn’t content to repeat himself. So, he upped and traveled to alien Nashville to record his next album, “Blonde on Blonde.” It was a revolutionary decision, one of the best of Dylan’s career. As it turned out, he liked Nashville so much that he ended up recording his next three albums there. This is a lesson for product managers: Always keep your wares fresh in the marketplace.

7) Always Innovate: Dylan had a tremendous success with his concerts known as “Tour ’74,” six weeks of stressful one-nighters in mammoth hockey arenas throughout North America. Instead of embarking on another big-arena tour the following year in 1975, he formed the ramshackle Rolling Thunder Revue, a troupe of singers and musicians. This innovation enabled Dylan to enjoy making music in an informal way — and prompted some of the very best concerts of his long career.

Jon Friedman is the author of “Forget About Today: Bob Dylan’s Genius for (Re)invention, Shunning the Naysayers and Creating a Personal Revolution,” published by Penguin/Perigee on Aug. 7, 2012. For more information go here.
Posted by Unknown at 3:00 PM

He is telling the totally out of touch “Mister Jones” that he has no idea what is happening in the world, right in front of his eyes, because he is stuck in his confining ways. Great . Agreed

it is really amazing post.keep it up dear