Farewell to the The Band's Levon Helm: Updated with Bob Dylan's statement on the death of bandmate and friend

Bob Dylan has released a statement: 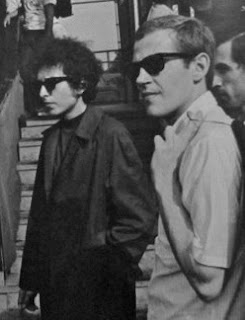 He was my bosom buddy friend to the end, one of the last true great spirits of my or any other generation. This is just so sad to talk about. I still can remember the first day I met him and the last day I saw him. We go back pretty far and had been through some trials together. I'm going to miss him, as I'm sure a whole lot of others will too.
-Bob Dylan


Just learned that Levon Helm (1940-2012), who as part of The Band was connected so closely with Bob Dylan in the 60s and 70s, has died.  Here he is with The Band from the Martin Scorsese film, The Last Waltz which chronicled their last performance together in 1976:

Today from The Wall Street Journal:


From Scorsese's The Last Waltz, I Shall Be Released:


And The Weight with lead vocals by Leon Helm:


The Band on the making of Up On Cripple Creek:

And finally, Wide River to Cross: