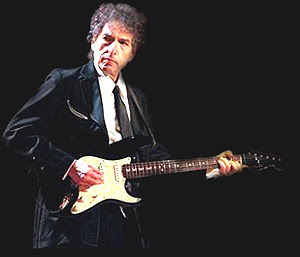 Sunday, March 25, 2007
Dylan back at Bardavon for rehearsals

Dylan spent Tuesday through Saturday at the former Vaudeville theater, playing to a closed house as he rehearsed for an upcoming European tour, Silva said. Dylan and his touring band rehearsed about four hours a day, with the former Woodstock resident entering the theater, each day, heading right to the stage and leaving as soon as the band was done.

Dylan's week of rehearsals comes a little more than a year after he spent a week at the Bardavon, rehearsing and writing songs for his latest album, "Modern Times," which was released last August. Silva said the same band backed Dylan both times.

"It was a blast," said Silva, a long-time Dylan fan who spent 12 years pursing Dylan for a concert at the Bardavon before landing last year's week of rehearsals.
Posted by Unknown at 8:05 PM